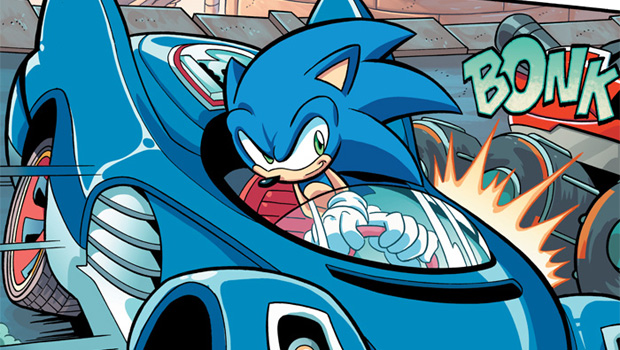 Sonic Universe #45 hits newsstands tomorrow, but non-subscribers can steal a peek at some fresh pages in the gallery below. This is the Sonic & All-Stars Racing Transformed adaptation issue that was first revealed right here on Dtoid and which features cameos from several Sega stars as well as NASCAR’s Danica Patrick.

AiAi from Super Monkey Ball, Beat from Jet Set Radio, and Vyse from Skies of Arcadia all gather ’round for some wholesome fun and friendly competition. Naturally, Dr. Eggman has to storm in and be a big tool because reasons.

None of this is canon, of course, but it may be your only chance to catch these legendary Sega icons in comic book form. Especially Vyse — Skies of Arcadia fans never seem to catch a break.