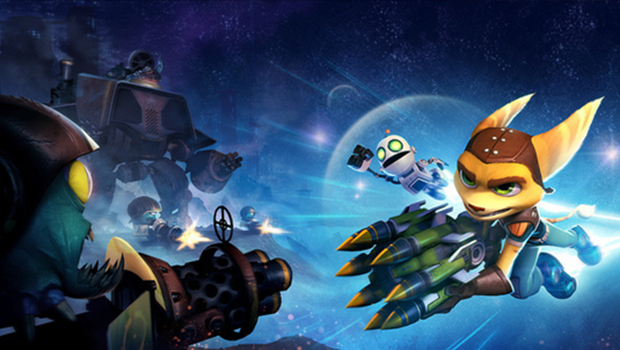 Insomniac Games is bringing Rachet & Clank back to basics for the series’ tenth anniversary this fall with the release of Ratchet And Clank: Full Frontal Assault, a new downloadable entry.

This is great news since the last entry in the series, All 4 One, is best described as a party pooper: doing away with everything that made the series great for the sake of drawing in a new audience. In contrast, this new bite-sized sequel (think 2008’s excellent Quest for Booty) will go back to the original combat, zany weapon variety, and camera controls that made the series so beloved by fans.

What has me the most excited is multiplayer, which CEO of Insomniac Games Ted Price hinted at in a blog post (linked below). Ratchet & Clank: Up Your Arsenal had some of the best multiplayer on the PS2, so I have high hopes for what Insomniac can accomplish.

In addition to this new entry developed by Insomniac, we still have the HD remaster of the PS2 originals coming this fall. After weathering the storm of the disappointing All 4 One, things are looking up for Rachet & Clank fans!

Filed under... #Insomniac Games#News#PSN#Ratchet and Clank