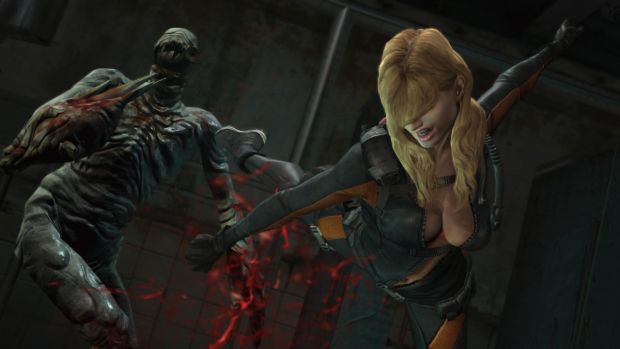 What is with that hair? And that outfit?!

Rachel is in the main Resident Evil Revelations story, but she’ll also be making her debut in the Raid Mode as a playable character for the console HD port. And she is still in desperate need of a hair cut and new clothes. What are you doing fighting monsters with your boobs hanging out like that?! Put some body armor on!

There will be two brand new enemies introduced as well, such as the Wall Blister and the infected version of Rachel. You can see them all in our newly improved gallery system below. The gallery also shows off a bunch of Wii U specific features, such as the quick menu access on the Wii U GamePad, and all the Miiverse features.

Resident Evil Revelations will be out on May 21 on the Xbox 360, PlayStation 3, PC, and Wii U. And if you’re at PAX East this week, you can play Raid Mode over at Capcom’s booth.