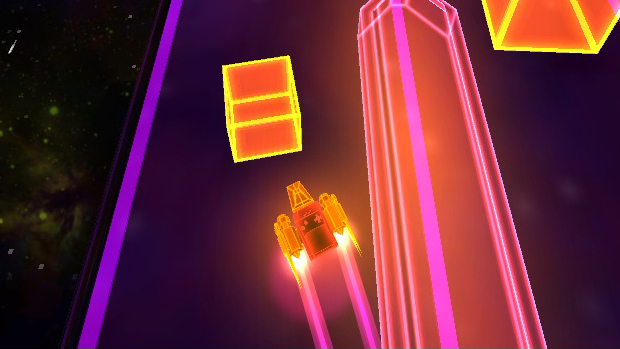 “F-Zero meets Audiosurf” brings some vivid imagery to mind, but after watching the above trailer, I’m not sure I agree with that tagline for the indie racer Spectra. Sure, it’s set to some bumpin’ Chipzel tracks, but it looks like levels are designed rather than procedurally generated, and there does not appear to be any music importing. The aesthetic is also more reminiscent of something like Tempest than F-Zero.

Still, Spectra looks pretty cool. It is currently available for Windows and Windows Phone, and there releases planned for more popular smartphone operating systems, as well as Xbox One. It’s curious that it leans so heavily toward Microsoft platforms; if you look closely, the rocket ship the player controls heavily resembles a certain Nintendo handheld of years past…