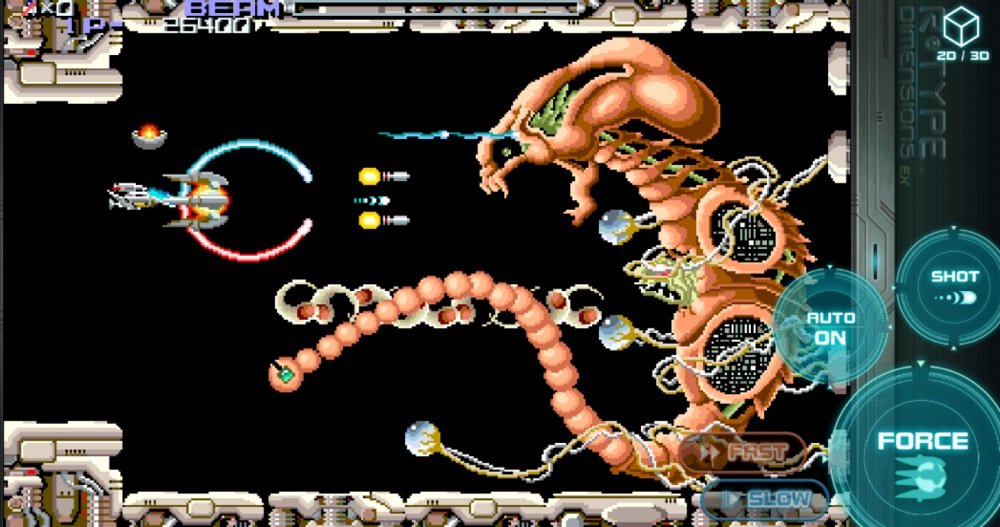 Brawl Bydo on the bus

If there’s one arcade classic that seems to turn up again and again, no matter the time or technology, it’s Irem’s iconic 1987 shmup R-Type. Having been ported, re-released, remastered, and reinvented numerous times since its initial release, the epic battle against the evil Bydo Empire is now set to wage war once more, and this time in the confines of your own pocket.

Tozai Games has ported R-Type Dimensions EX to iOS devices, bringing the frantic action of both R-Type and its 1989 sequel R-Type II to iPhones everywhere. Dimensions EX presents both games in classic or remastered form, so whether you prefer the old-school arcade graphics and sound or slick 3D models and remixed music of today, then you’re covered.

The iOS port also returns some of the quality-of-life adjustments from the console release, including a stage select, infinite lives options and toggleable slow-motion mode, to help you weave your wave through the wave of enemies looking to blast you into oblivion. R-Type Dimensions EX for iOS also includes achievements and online leaderboards, although it does unfortunately omit the console releases co-op multiplayer option.

R-Type Dimensions EX is available to download now on iOS for around $5. It is already available on PS4, PC and Nintendo Switch.