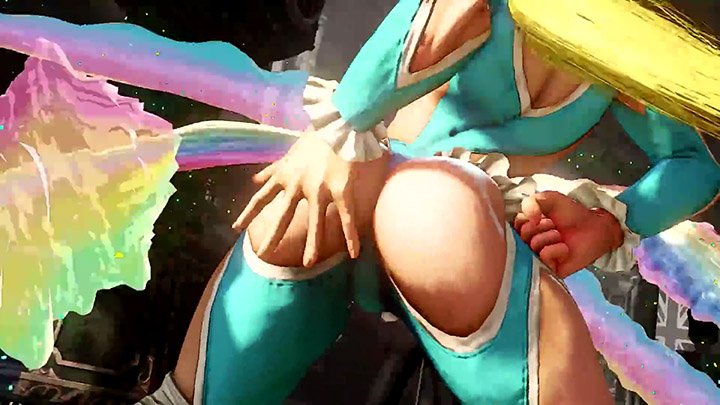 It wasn’t long ago that Capcom claimed Chun-Li’s absurd level of boob movement in Street Fighter V was a “glitch” and it was working on a fix before the game was released. I wonder if it will also claim that R. Mika’s original super-ending ass slap was also a glitch?

Either way, it looks like that particular butt shot is gone for now, though I wouldn’t be surprised to see it return as optional DLC at some point. Capcom has also made changes to a few of the game’s other crotch close ups. Check out the full thread on NeoGAF for more details.

Like with the recent removal of some of the more revealing outfits in Nintendo published titles like Xenoblade Chronicles X and Fatal Frame: Maiden of Black Water, a vocal minority on the Internet is already crying censorship over this development. Personally, I see the situation as being less like a mass book burning and more like other run-of-the-mill game publisher-driven aesthetic changes. No one seemed to think it was censorship when Capcom voluntarily changed Cammy’s look in order to make her more visually appealing.

This issue with R. Mika’s bum is no different, except this time, an extreme blast of color and ass is being moved to make the game less of a turn off to those who aren’t interested in that sort of thing.

My guess is the real issue here is that fans are afraid that Capcom and Nintendo are tiring of pandering to players who never tire of softcore displays of sexuality. Maybe they think the majority of their current fans find blatant attempts to win their favor by zooming in on asses and/or vaginas to be more tacky than attractive? While there are surely plenty of folks who adore seeing their screen filled with frilly thong shots, I imagine there may be even more players out there who’d find the sudden prioritization of arse in their fighting games to be little out of place

Either way, we’ll always have internet archives of Street Fighter groins gone by if we want to revisit R. Mika’s ass slap that almost was, though if you want to take more of a stance against the diminishing levels of genitalia focus found in Capcom’s premier fighting franchise, I suppose you could always refuse to buy Street Fighter V based on that criteria. I assure you, Capcom cares a lot more about money than they do adhering to any particular school of thought on sexism.