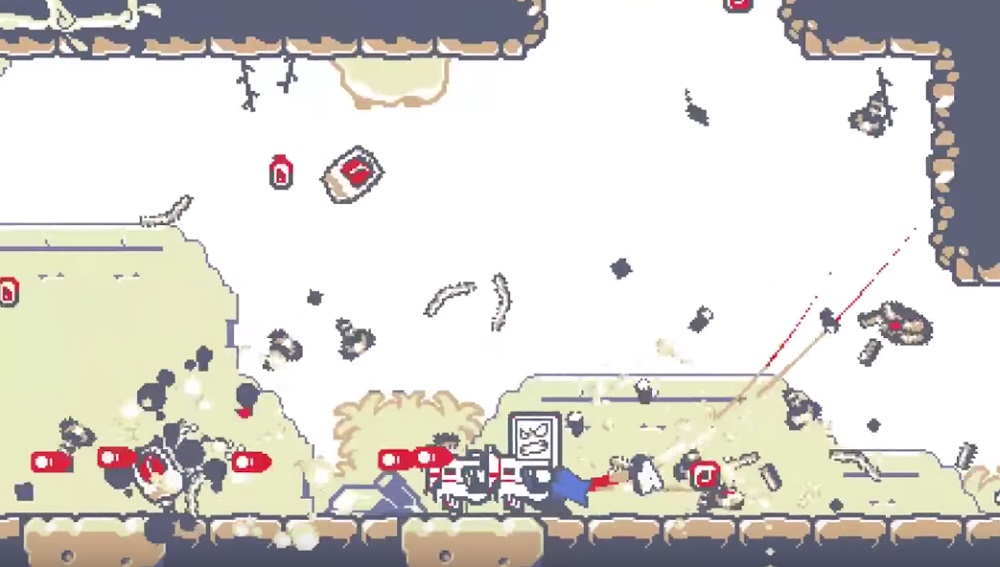 Indie kids TurtleBlaze and publisher The Arcade Crew have revealed a new cutesy platformer, currently in development for PC and Nintendo Switch. Kunai is a new metroidvania title starring an ever-evolving robot on a quest for identity.

It’s the future and the erstwhile rulers of the planet, humans, have been all but wiped out. Now robots rule the roost. Tabby is one such automaton who, infused with the spirit of an ancient warrior, begins a mission to discover the true purpose for its existence. So begins an adventure heavy in exploration, combat and mad ninja skills.

Players will guide Tabby through a huge open world, learning new abilites to improve its combat and mobility options, accessing secret rooms, and pulling off cute emojis via its pixelated face. You can check out a brief trailer for the intriguing-looking title below.

Kunai is currently in development for PC and Nintendo Switch.