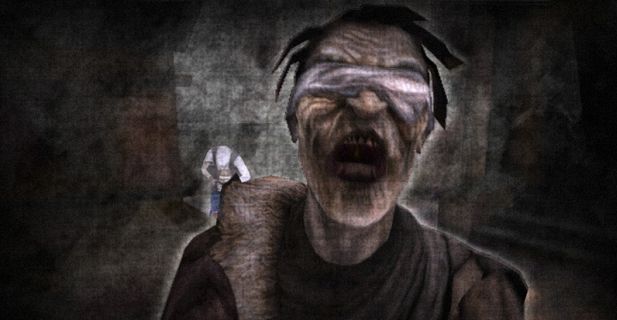 It’s a good time to be a survival horror-obsessed gamer right now. With games like Silent Hill: Shattered Memories and Ju-On: The Grudge coming down the pipeline, we hopefully have a lot of good scares coming our way. However, the game in this genre that’s caught my attention the most is Cursed Mountain, a Wii title from Deep Silver that sends the player on a mountaineering adventure in Tibet only to find the long climb has more threats than high altitudes and freezing winds.

While dashing past the Nintendo booth on the way to an appointment, I spotted Cursed Mountain in playable form on the E3 show floor, and I ran up with a dopey grin on my face to cram in a few minutes with it. Hence the whole “quick and dirty” part … anyway, a few minutes is enough to get an impression, and boy, did I get one. Hit the jump to learn why I think Cursed Mountain will be the horror game of the year.

So, I know what you’re saying: “But Colette, there’s a new SILENT HILL game coming. Did you see it? Isn’t that the game you are most excited for when it comes to horror?” Well, I hate to say it, but as sure that I am that I will be playing Shattered Memories when it comes out, I’ve played a lot of the Silent Hill formula (pretty much all of it that’s available, in fact), and I’m ready for something a bit different.

The impression I got within twenty seconds of holding the controller while playing Cursed Mountain is that is reminded me of the Fatal Frame series, which I hold in the highest respect when it comes to survival horror. The only title I hold higher is Silent Hill 2, in fact, so to have a reaction like that so immediately is a great thing in my book.

As you may already be aware, Cursed Mountain dabbles heavily in Tibetan lore. Even in the few minutes I spent walking up the mountain, I saw the faces of trapped souls and heard their pleas for attention. I’m always sketchy about any game that features ghosts because the line between campy and genuinely frightning is a thin one, and it’s often crossed in the wrong direction. The ghosts of Cursed Mountain, however, are just human enough to remind you that they once were living beings, and it’s in that aspect that the seeds of fear truly lie. 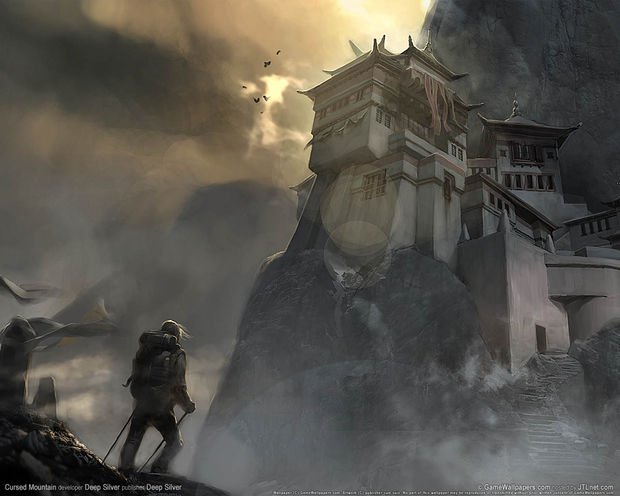 The control scheme uses both the Wiimote and nunchuk, and they both feel pretty natural. The analog stick controls movement, while you use both controllers to perform mantras — sacred prayers meant to keep the evil spirits of the mountain at bay. Developers Deep Silver have said that this was designed to open the player’s body language. Not only does it do that, but it stands out as one of themost unique things I’ve done in a horror title to date.

I alos got an earful of the audio, and both the voiceovers and the music are top notch. This is one of those things that makes a huge difference in a game, as I’m a total audiophile and will only play a survival horror game while wearing headphones. Instead of going for the chaotic orchestral atmosphere, the soundtrack is sparse, with the lingering of bells and chimes sounding as if they are far away in the distance. It perfectly communicates the isolation and forces you to face your own fears — and as this ascent continues, they are bound to only get worse.

If Cursed Mountain is anywhere near as good as it seems like it’s going to be, this could truly be the definitive survival horror title of the year. I’ll be waiting patiently to find out the answer when it hits store shelves this September.