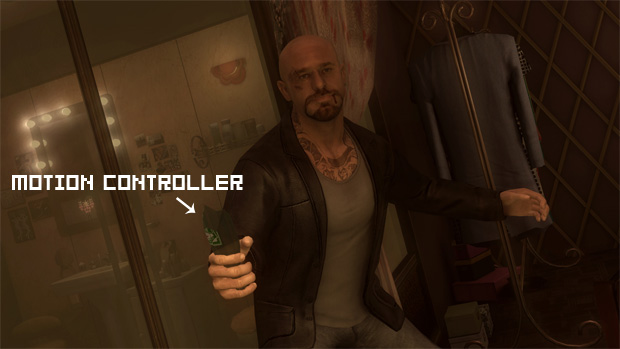 With Heavy Rain in production for years now and finally shipping next month, Quantic Dream may have already missed its opportunity to implement Sony’s upcoming motion controller into the title. But that doesn’t mean it’s not considering it for future games. Speaking with Quantic Dream co-CEO and founder David Cage, he admits that motion controls seems like a natural progression for the developer.

“Motion already plays a major role in Heavy Rain,” he tells us. “In fact, the entire interface is designed around motion and physical immersion.” But to be clear, he “would not like to play every single game moving around and jumping on my couch,” pointing to a common stereotype of motion controls like that of the Wii. Still, he’s interested in what could be done with Sony’s announced (yet unnamed) motion controller, which he refers to as “the Wand.”

“I think that others have already significantly experimented possibilities in the ‘Family Entertainment,” area,” he says. “I am curious to see what can be done with more mature games, if it can be used to support immersion and create a new way of playing. Quantic Dream will definitely experiment with the Wand in the near future.”

Heavy Rain already takes advantage of the slight motion controls built in to the SIXAXIS. Early on the game players must shake the controller both up and down (as well as side to side) in order to make one of the game’s characters, Ethan Mars, brush his teeth. In another scene, involving detective Scott Shelby, you’re given the option to quickly jerk the controller downwards to forcefully kick open a door to break up a dispute between a prostitute and a violent john. Carnival Games this is not.