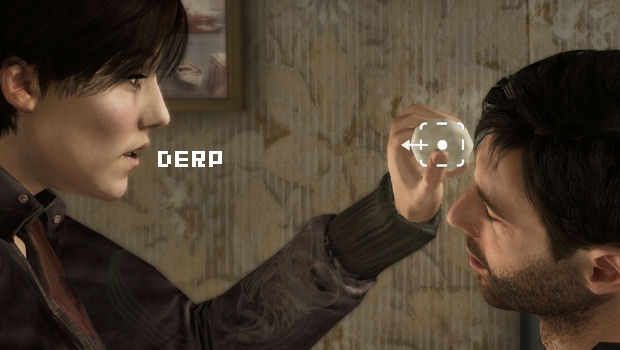 Quantic Dream CEO Guillaume de Fondaumiere has joined the ranks of the idiotic in whining about used games. Wait, aren’t we supposed to only play Heavy Rain once, right? Surely he of all people should understand why it got traded in so much!

“I would say that the impact that the recession had, that the most important impact especially on AAA games on console, was the rise of second hand gaming. And I think this is one of the number one problems right now in the industry,” he bitched. “I can take just one example of Heavy Rain. We basically sold to date approximately two million units, we know from the trophy system that probably more than three million people bought this game and played it.

“On my small level it’s a million people playing my game without giving me one cent. And my calculation is, as Quantic Dream, I lost between €5 and €10 million worth of royalties because of second hand gaming.”

Fondaumiere dismisses the very real benefits of used games — how trade-in credit lets gamers buy new games easier, and how new IP can sell better sequels in the long-term thanks to secondhand exposure — and instead says that the industry needs to stop shooting itself in the foot and address the problem.

Then one remembers that, by his logic, he’s already made between €10 and €20 million in royalties and is moaning that he didn’t make even more because people exploited a very legal system and bought games that Sony had already sold once. Yeah, cry me a friggin’ river, you destitute, poverty-stricken young man!