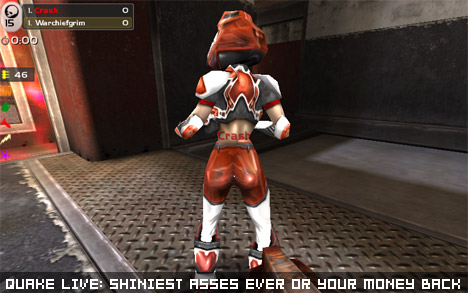 Falling under the free-to-play, ad-supported business model, Quake Live is about as terrific as you could have hoped for. While it’s essentially just Quake III Arena in your browser, that’s more than enough to satisfy me and I’m sure many of you too.

Starting on Tuesday, February 24, id Software will be allowing any and all interested gamers to play the Quake Live beta. There’s even a nice little Web site complete with a countdown for the occasion.

A word of warning: all stats will be wiped on Tuesday, and anyone who was involved with the closed beta but has failed to play in the last 28 days will lose their account. Which reminds me, I should probably go jump in a quick match sooner than later.