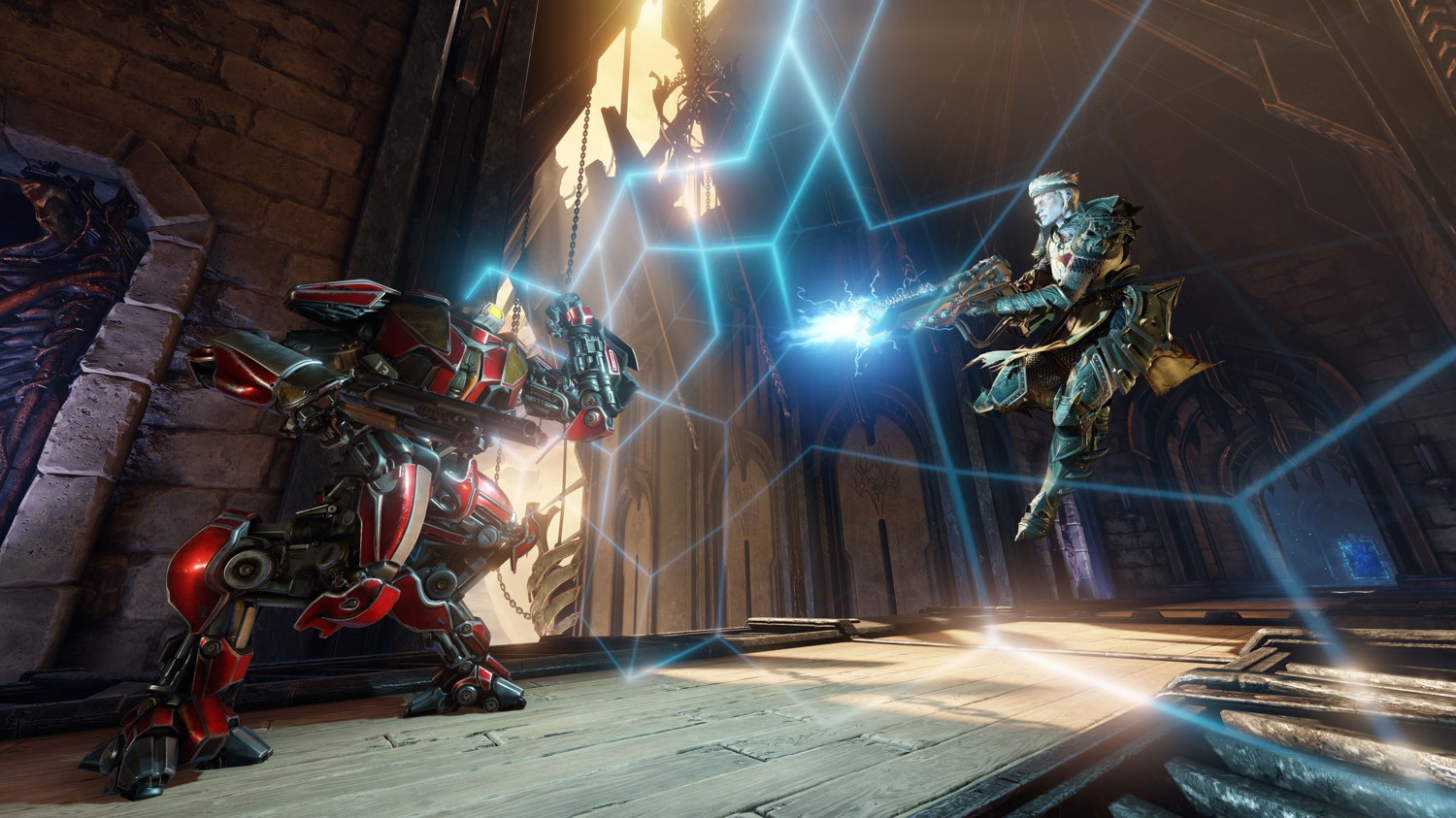 No need to go through the Bethesda.net launcher

Bethesda and id are fielding user-submitted questions for Quake Champions. Since folks have a good sense for the free-to-play shooter from its ongoing beta, the Q&A is surprisingly informative.

For instance: “There are several modes we love very much so, but currently adding more modes isn’t an immediate priority.” Rather, the developers’ “immediate focus is on improving the performance, network code, and stability of the game and implementing our latest gameplay balances.”

Further out, “two of our largest priorities remain Onboarding and Progress Loops. Our onboarding efforts include additional tutorials, training maps, and UI/UX improvements to build a better user experience for all our future newcomers. The implementation of new progression loops introduces new game systems we’ve designed to keep players coming back throughout the week, every week.”

Someone also thought to ask about Steam support (something that should be a given, but wasn’t necessarily a sure thing), and the answer is encouraging.