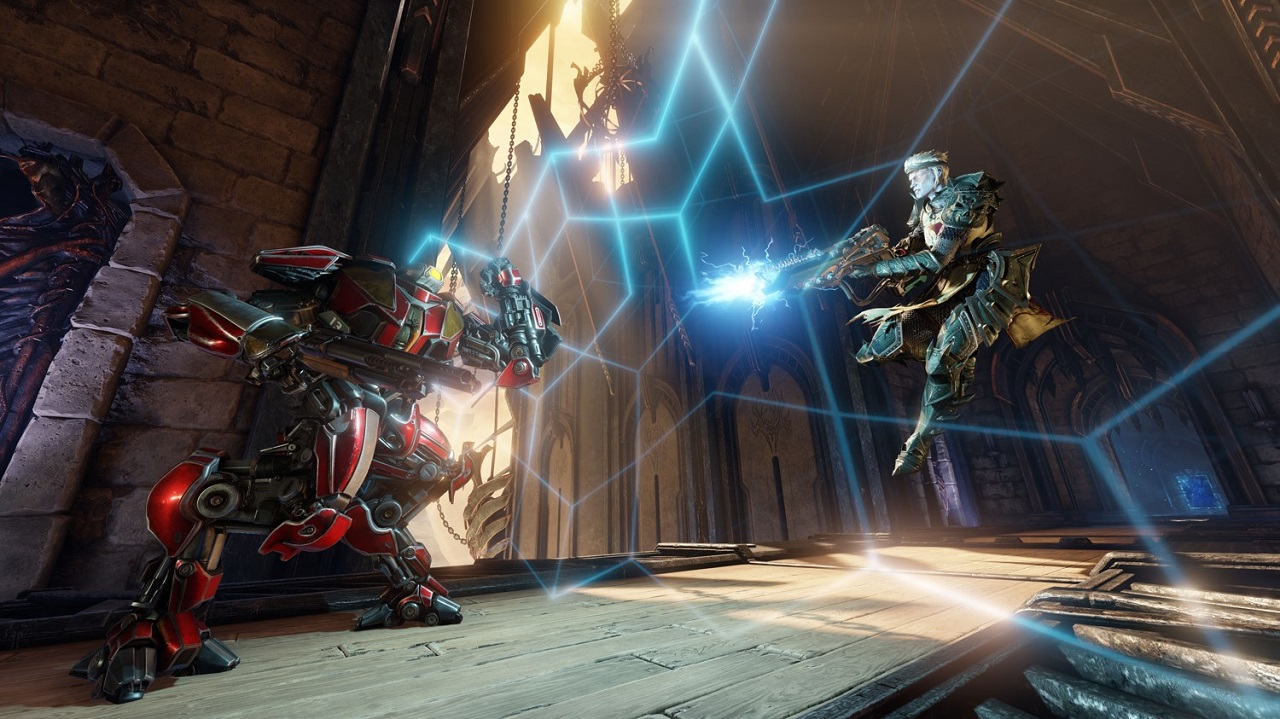 Hop, skip, and a headshot

After some VR, console ports, and card games, Bethesda spent some time at its E3 press conference detailing some updates on Quake Champions.

Quake Champions looks more or less like the fast-paced shooter it’s always been, albeit with a few tweaks for the “eSports era.” The E3 trailer focused heavily on the competitive multiplayer side of things, including information about the upcoming Quake World Championships on August 26 during this year’s Quakecon, where players will battle for a prize of $1,000,000.

Most interestingly, Quake Champions will include Wolfenstein‘s B.J. Blazkowicz as a playable character. He’s pretty handy with a shotgun, so it’s safe to assume he’ll be able to hang in the world of bunny-hopping headshots.