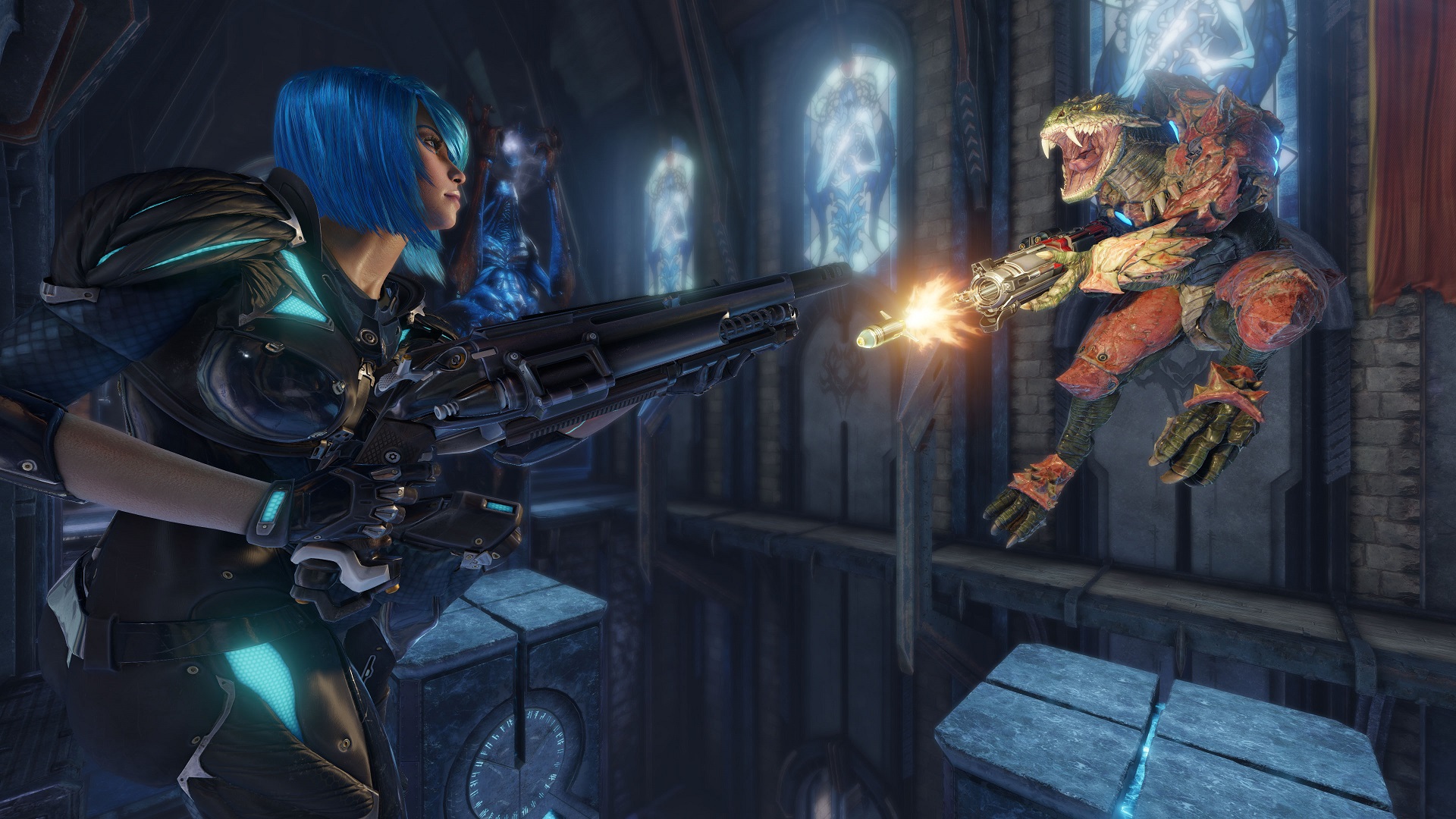 Is there a significant disadvantage here?

Back in March, Bethesda explained exactly how Quake Champions‘ monetization model would work. The gist of it is that the game is free-to-play but those players only have access to one character. There’s also the option to pay a one-time fixed fee to have everyone unlocked permanently. Third and somewhere in between those two, characters can be temporarily unlocked through use of an in-game currency, a process that’s essentially renting them.

Today, Bethesda released a trailer that shows off Quake Champions‘ Duel mode. It’s a 1v1 showdown where each player picks three different characters to use. When one is dead, they resume as the next champion in the roster. The goal is to kill all your opponent’s champions to win the round. Full matches are the best of three rounds.

The problem with this is obvious: Free-to-play players will almost certainly be at a disadvantage over paying customers. Bethesda has described Quake Champions‘ character match-ups as like “rock-paper-scissors.” That is to say, all the champions are strong against some characters but weak against others. The people who have everyone unlocked just need to stock up on whoever matches well against the ranger (the sole free-to-play champion). There’s the added caveat that maybe rented characters can even this out, but we don’t yet know how easy they’ll be to acquire and how long they’ll stay unlocked for.

Bethesda has also said that free-to-play and paying players will all compete against one another. There’s no separation based on who has what unlocked. It sure seems like the non-paying players will be behind the eight ball. Quake Champions may not be pay-to-win, but it certainly looks like it might be pay-to-have-an-advantage — at least in Duel mode, that is.

Quake Champions is in the middle of a tech test right now. Anyone who would like to try the game out (including Duel mode) can get in by signing up on the Quake site.