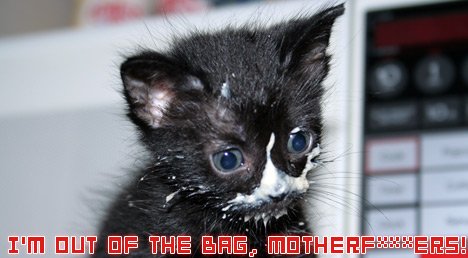 The ESRB has a habit of letting proverbial cats out of their proverbial bags when it comes to upcoming releases, and in this case, the cat sprinted around the room, chewed a plant to bits and peed on the drapes.

It seems that the ESRB has a listing for Quake 3: Team Arena, only this isn’t the PC release from a few years back. This time, it’s listed as an upcoming Xbox 360 title under development by Pi Studios. According to the GameAlmighty piece where I originally found all this info, Pi Studios is an Austin-based company, which puts them very geographically close to original Q3:TA devs (and current IP holders) id.

An ESRB listing isn’t a definite guarantee that this game is coming, but it’s certainly a huge flashing neon sign pointing in that direction. Since id, and, more specifically, Mr. Carmack, are so keen on the PC and PC-esque platforms (read: Xbox 360), it wouldn’t surprise me to see this title hit the XBLA. After all, if companies can release twenty year old arcade games based on the premise of fuelling America’s rampant alcoholism, there’s room enough in there for the pinnacle of multiplayer deathmatch.