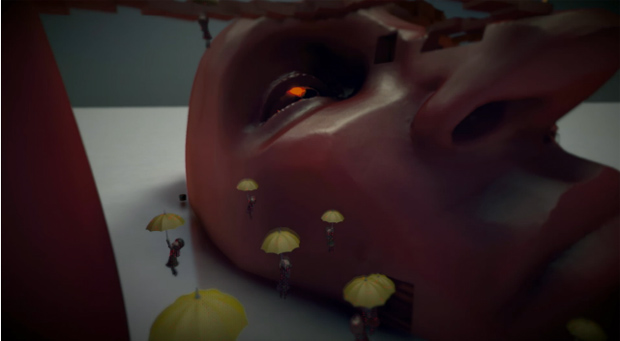 At the PlayStation gamescom 2014 conference, Dylan Cuthbert of PixelJunk maker Q-Games announced his return to 3D games “with a bit of a bang.” The studio is collaborating with SCEE Worldwide Studios on The Tomorrow Children, an “experience that’s a little bit outside of the box.”

In another future, the human race is trapped and it’ll need to work together to fight against giant spiders and monsters. That’ll be accomplished through resource gathering and base building, played from a third-person perspective.

It’s hard to piece together exactly what kind of game The Tomorrow Children is, but I know I want to hear more. Looks rad!