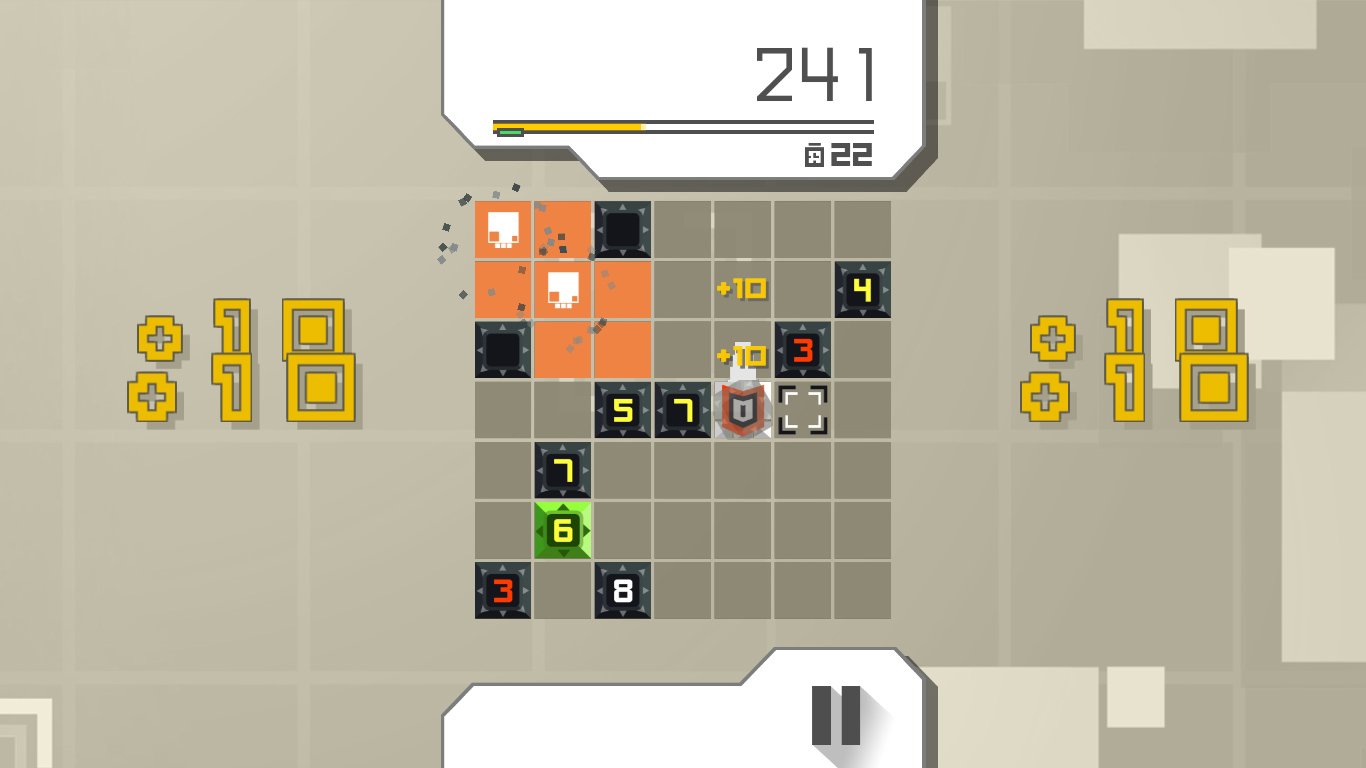 No more than ten seconds into my first round of PyroMind, I knew I was hooked. It’s a simple but filling action-puzzler in which you strategically move across tiles, defusing bombs to score points and stay alive. New bombs regularly appear, and every time you move a space, the timers tick down by one.

Technically, it’s turn-based, but playing PyroMind at Nordic Game 2018, I kept having to fight my instinct to move as quickly as possible (because that’s what you do in video games, dang it all). When an explosion reaches another bomb, it can set off a chain reaction that might fill the whole screen. Moving like a maniac was fun, but a more thoughtful plan of attack is advised when you’re just starting out.

Developer Dbabicius also had the multiplayer mode on-hand, and it adds another layer of tension. Each player takes up residence on one side of a rectangular board, and they’re separated by a laser in the middle of the screen. If someone takes enough of a lead, the laser will begin verging toward their opponent, giving the poor sap even less room to work with as they try to defuse and dodge.

PyroMind feels snappy and strategic in all the right ways and I sure hope all of you puzzle lovers out there get your hands on it. It’s coming to PC, but I also badly want it for my Switch.