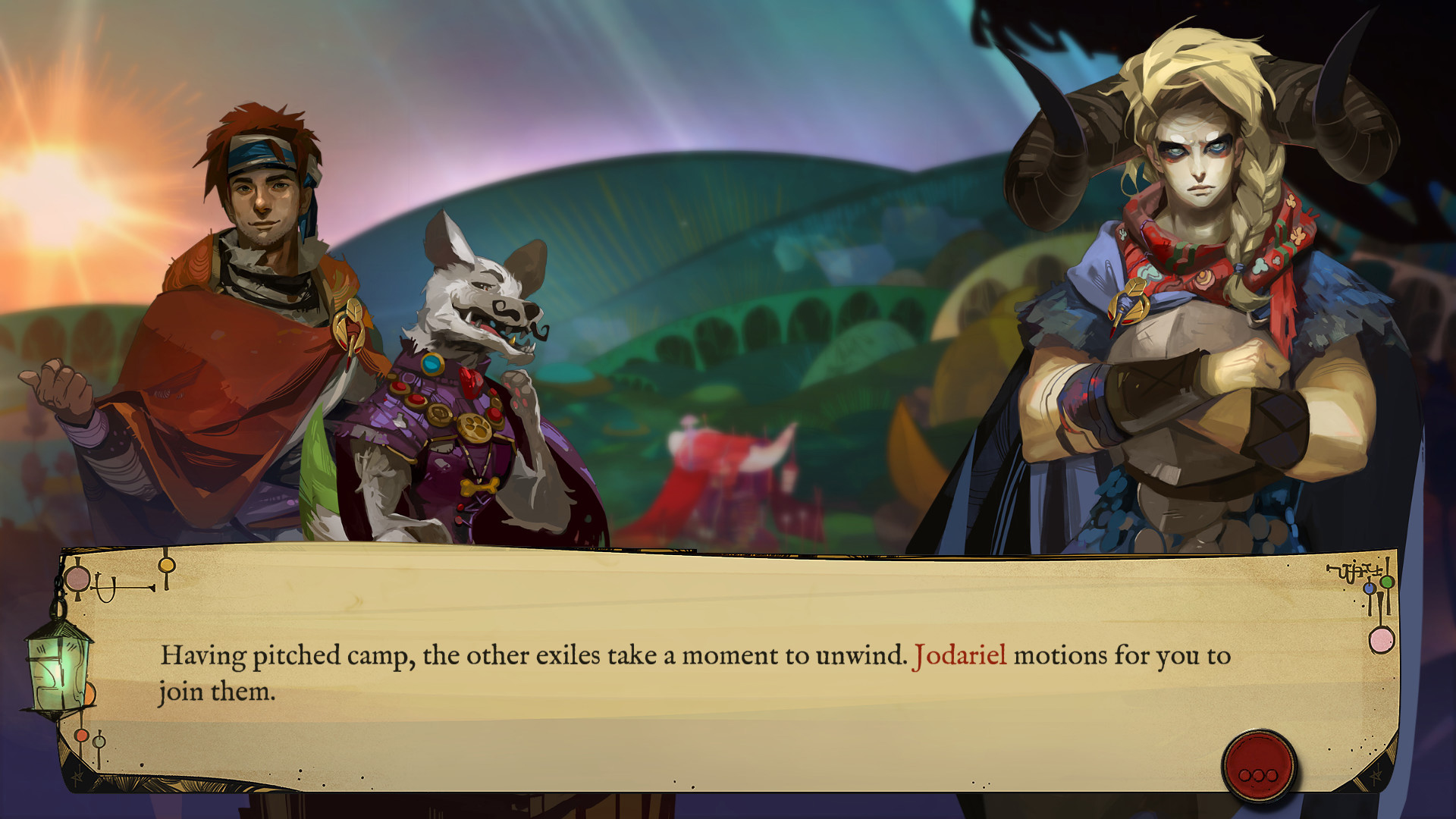 Pyre players looking for an excuse to undertake another mystical adventure are getting exactly that with an update out now on Steam and coming soon to PlayStation 4. The update, “True Nightwing,” introduces a new mode “designed to enhance playing through the Campaign successive times.”

This mode is accessible once you’ve cleared Pyre for the first time. And if you’ve already done that, you won’t need to do anything extra — it should be waiting for you the next time you boot up the game. Supergiant’s Greg Kasavin adds that, thankfully, “[m]any of the early tutorials are skippable.”

The studio has also come out with two bonus albums — one featuring acoustic covers, the other featuring eight variations of “Never to Return” — and some sweet Pyre merch: a t-shirt and a poster.