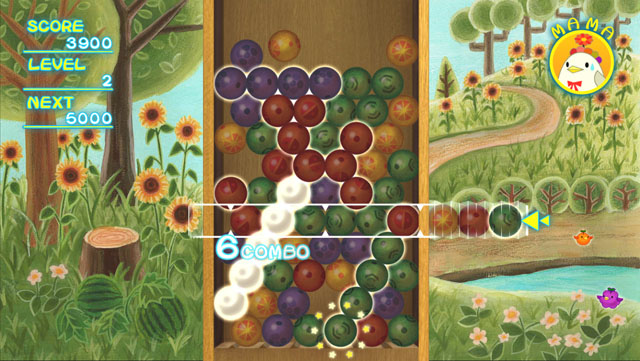 The past few days have been a mixed bag for Sony: PS3s are selling like things that sell really well, but they’ve managed to incur the wrath of St. Andrew in the process. But, Akuma’s hotness and two new PlayStation Network games to hit by the end of this month tip the balance into the “hey, it wasn’t such a bad week after all!” part of spectrum.

What are these new games you ask? One is Piyotama, a Bejeweled-esque puzzle game in which the player must match and hatch brightly-colored eggs. Piyotama will be availble on the 19th.

The other, more interesting game is Super Stardust HD, an Asteroids/Geometry Wars/Blast Factor clone developed by Housemarque. Here’s the lowdown, thanks to 1up: There will be asteroids, debris, enemies, and bosses. The best part, though, is that your enemy is the evil penguin Professor Schaumund. Super Stardust HD (say that 5 times fast) will hit the PlayStation Network on June 29th. Both games will sell for 800 yen ($6.50).

While you guys figure out the metaphysical implications of fighting an evil space penguin with an advanced degree, make sure you hit the jump for another shot of Piyotama, and head over here for some more info and screens about SSHD*.

*Editor’s note: This game will henceforth be known as The One With the Penguin. 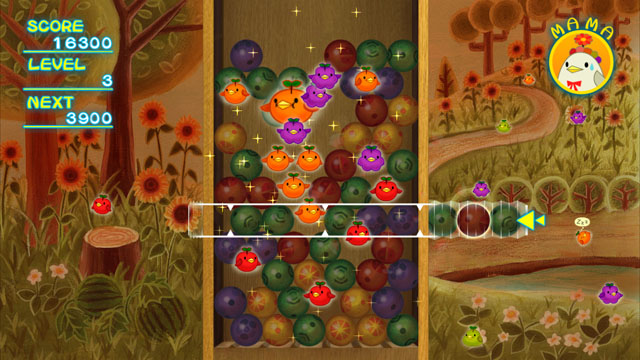