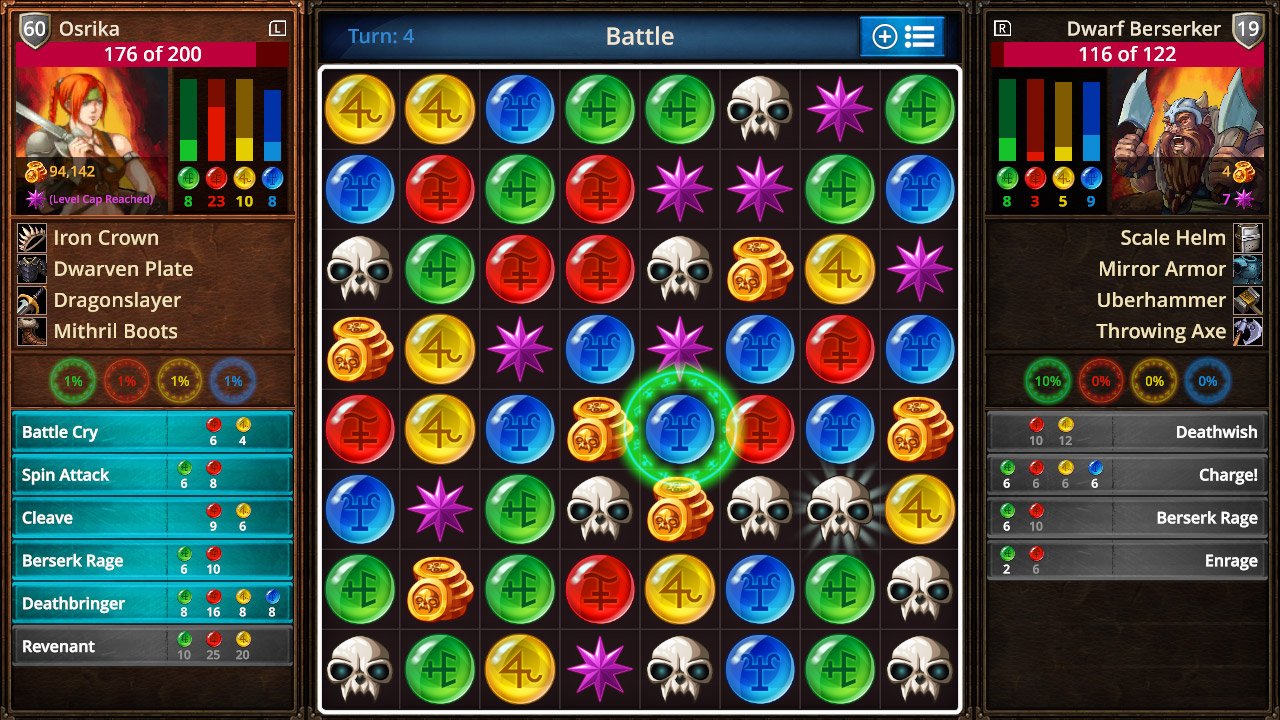 Remember when Match 3 RPGs were all the rage?

File this one under Names You Haven’t Heard in Way Too Long. Puzzle Quest, a puzzle-matching RPG that first made waves over a decade ago on Nintendo DS and PlayStation Portable, is coming home. The series is heading to Nintendo Switch on September 19, 2019 with Puzzle Quest: The Legend Returns.

Following a premature listing on a Nintendo site earlier today, D3 and Infinity Plus 2 have officially announced the Switch title, which promises a mix of new and returning content “remastered for 1080p.”

Puzzle Quest: The Legend Returns spans the original Puzzle Quest: Challenge of the Warlords, Revenge of the Plague Lord, and a new expansion, Attack of the Golem Lord. In more practical terms, we’re getting 240 quests (100 of which are new), five extra classes (Blood Mage, Priest, Monk, Paladin, and Elementalist), and additional spells and items. They’re cramming a lot into that 211 MB file size.

Much has changed since 2007, and as such, the team has touched up certain aspects of Puzzle Quest. Infinity Plus 2 brought in “more lore, new items that open doors to new strategies and playstyles, improved enemy AI, and a vast array of user interface and quality-of-life updates.”

So long, free time. It was nice knowing you.