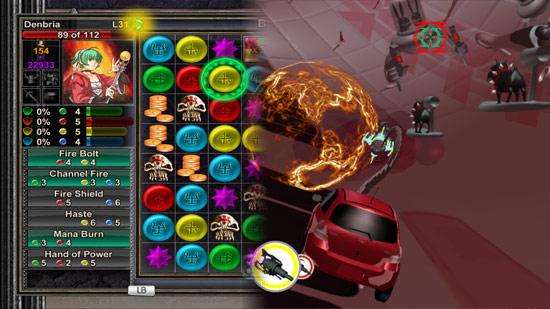 The highly anticipated title, Puzzle Quest: Challenge of the Warlords, will finally make it to Xbox Live Arcade starting on Wednesday. It’s going to cost a whopping 1200 Microsoft Points ($15), while this week’s other XBLA release, Yaris, will be free for Xbox Live Silver and Gold members.

Puzzle Quest will no doubt be very popular with many of you, even at a higher-than-normal price point. It’s like a freakin’ drug — you just have to get your fix. But for those of you unfamiliar with the game, here’s a brief synopsis.

Next up is Yaris, a “brand-supported” game in which you control a Toyota Yaris and shoot/dodge your way across a race track. It sounds incredibly weird, and trust me, it is, but for a free game it might actually be worth trying. Hey, at least it’s original.

What are you going to be downloading this week, Dtoiders?

[Update: Added a video of Yaris after the break, so now you’ll be able to see the game in all of its … um, glory?]