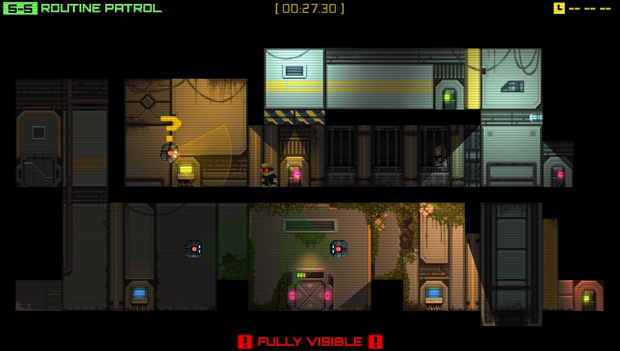 For PS3 and PS Vita

The game formerly known as Stealth Bastard will be free to download on PS3 and PS Vita as of tomorrow if you’re a PlayStation Plus subscriber. The newly-released Stealth Inc.: Ultimate Edition for PS4 is not part of this offer, so keep that in mind.

While there’s plenty of sneaking involved, the game has a faster pace thanks to its platforming roots. You don’t have to love the stealth genre to dig this. But you should love (or at least not hate) exploding bodies, because that’s what happens when you get caught.

And you will get caught.

PlayStation Plus: Stealth Inc. A Clone in the Dark Free for Members [PlayStation Blog]