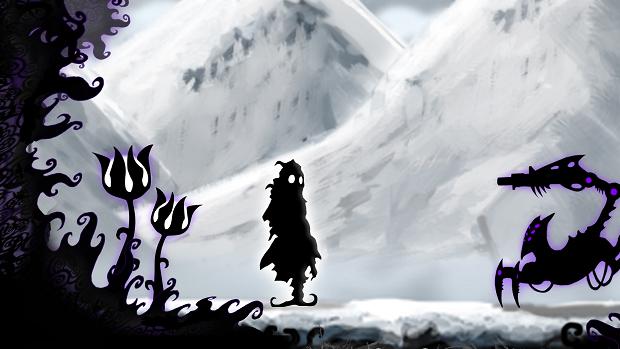 BeautiFun Games wanted to make an iOS game free of in-app purchases and other pitfalls associated with the free-to-play model. Last year, the studio released Nihilumbra on the iPad to fairly universal critical acclaim. The team then began work on a PC port of the title, which was made available through the Humble Store earlier this year. Now, Nihilumbra is available on Steam at a price of $7.99 (discounted from $9.99) through November 1.

It appears to share some elements with Tag: the Power of Paint (which were later folded into Portal 2), where the player can paint the walls with various colors, each resulting in a different effect. In Nihilumbra, blue makes the surface slippery, green makes it bouncy, and brown makes it sticky. The player is given these tools in order for the spooky protagonist to outrun the Void, an even spookier, all consuming blackness not unlike the Nothing from the Neverending Story.