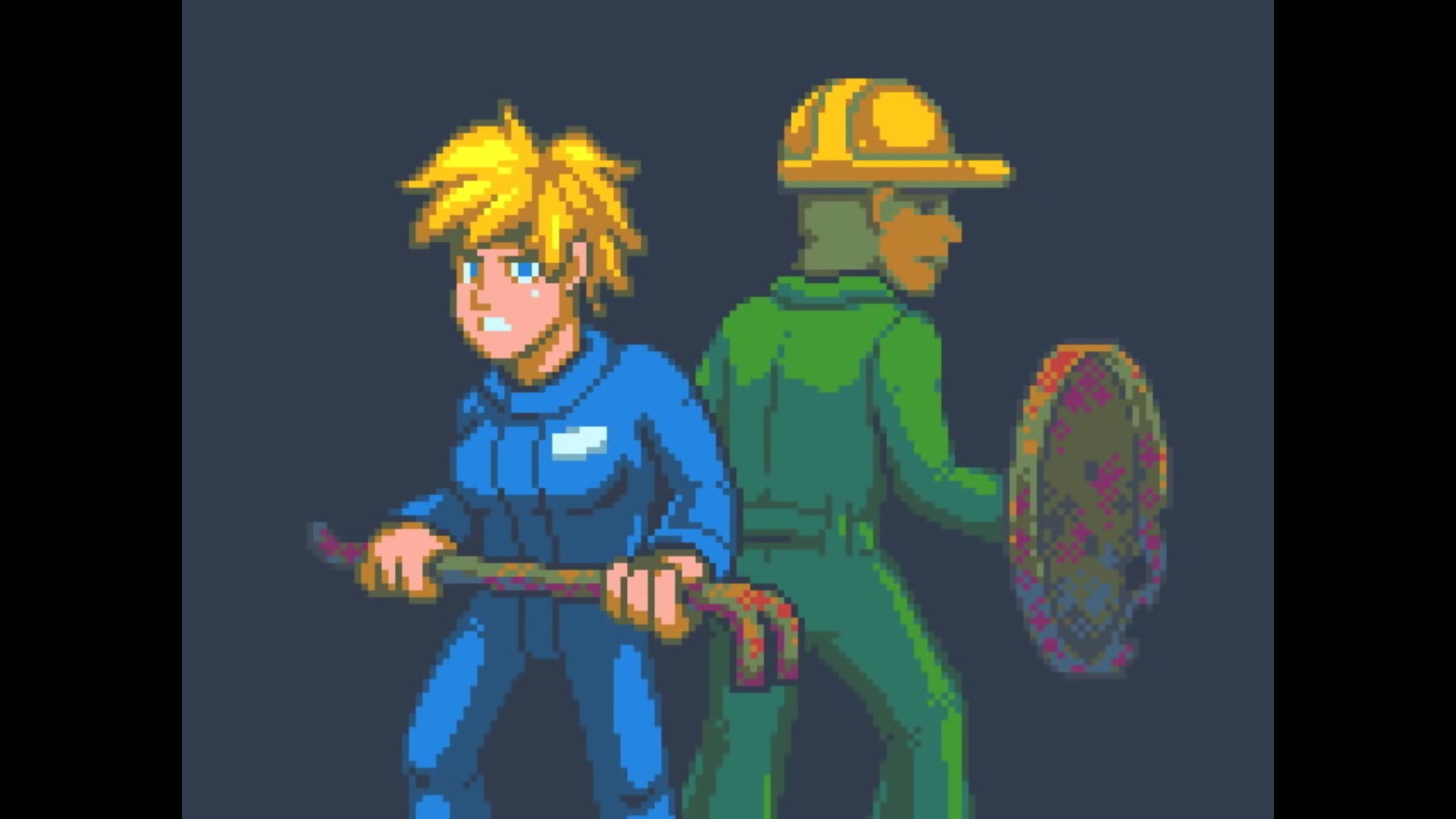 In my youth, I used to play all kinds of crazy games on my uncle’s Mac. Most of these titles are lost to the annals of gaming history, but I do have a distinct memory of checking out Chip’s Challenge. I loved how quirky the graphics and soundtrack were, but it took me until the recent re-release of the title (and it’s long overdue sequel) to understand the real appeal of that game. I love pushing blocks and navigating weird mazes.

As I was perusing the floor of RTX’s “Indie Alley,” I happened to notice a game that looked suspiciously like Chip’s Challenge. Called Puzzle Depot, the game takes the basic premise of moving blocks and mixes it with a dash of post-apocalyptic flair. This is like if Chip’s Challenge had lived through a nuclear meltdown and was forced to continue pushing blocks long after he should have perished.

Each level works on a multiple room basis. You’ll start at a seemingly random location on a grid and need to work your way around to find the eventual exit. Much like Chip’s Challenge, you’ll be acquiring key cards, protective boots and even some weapons to help you deal with the obstacles ahead. The key difference is that Puzzle Depot is more focused on telling a bit of a story to go with its mind benders.

As I said above, the game is set in a post-apocalyptic world where your main characters are trying to discover what happened to the planet in their absence. Each of the 10 different characters has a different reason for being in their respective situations and it’s up to you to guide them to their answers. Not everyone is created equal, though, as the different characters all have unique abilities that can help or hinder your progress in each area.

This didn’t come up too much in the demo since I only tried out the beginner section. In here, I was limited to a guy named Todd Torial and he is the most basic of characters you will find. He has nothing particularly strong about him, but no weaknesses either. Since he is mister bland, it is a great way to start tinkering with the controls of Puzzle Depot to get a feel for how everything works.

You’ll be moving in four directions (no diagonals) and pushing blocks simply requires you to step next to them. Much like the 2D Zelda games, pushing a block up against a wall will limit its mobility, so you’ll need to figure out how to navigate it around the environment to not screw yourself. Where Puzzle Depot starts to differentiate itself is with the items and enemies you’ll run into in your puzzle journey.

In that beginner section, I stumbled across a crowbar, some energy bars to refill my health and a hazmat suit. Yes, toxic waste can be laying around some rooms and walking into it will drain your health. There are occasional enemies as well, that will attack you if you get too close. They can be dealt with in a head-on manner, which will require you to get hit, or through creative use of block pushing and barrel rolling.

One of the neat concepts that Puzzle Depot introduces is barrels into the equation. These are functionally similar to standard boxes, but your character can kick them and cause them to roll across the room until colliding with an object. Barrels can be kicked into other barrels, which then pushes the farther one out while leaving the first one in place. I’m pretty sure you can already tell this is required in some rooms.

The main enemy I encountered was an oversized cockroach, but there are also rust mites that can eat metallic objects in your inventory. If you need the crowbar for a specific room, for instance, they will chew that away if you get too close. It can put a damper on your plans, but Puzzle Depot has an absolutely amazing feature that cuts down on tedium. If you push a block too far, lose your items or just want a quick refresh, you just need to hold a button and load an autosave. It will immediately reset the room and I’m surprised more developers haven’t implemented this.

Some people might scoff at the block puzzles that Zelda often has, but I’ve always been a fan of trying to escape a room with just my wits. It might be an easy design to make, but it actively tasks your brain with understanding the space you inhabit and how to navigate it. I’ve found those are the games I can remember years down the line, instead of ones that simply present you a guided tour through their environments.

Puzzle Depot is the work of Laughing Manatee Games, a six-man team that put the title on Kickstarter three years ago. Working with an incredibly modest budget, the title doesn’t attempt to punch above its own weight class. This is clearly an indie affair that has been lovingly crafted to replicate the classic days of 16-bit gaming. What it may lack in originality it makes up for in sheer deviousness.

Currently, the game is only scheduled for release on PC. I’m unsure if it is coming to Steam (it was greenlit years ago, but that initiative is no longer a part of Valve’s platform), but I was told the game is very close to completion. Laughing Manatee is, essentially, in the final stages of production with general polish and bug fixing being the only things left to do. It may not make it’s estimated Summer 2018 window, but it won’t long after.

If you’re curious to try out the game, there is a free demo available on Laughing Manatee’s itch.io page. I’d urge you to give it a shot, if only for the colorful graphics and wonderful soundtrack. It doesn’t hurt that the puzzle aspect is also on-point.

[After posting, Laughing Manatee Games reached out to me to confirm it is targeting Q4 2018 as the release date. – PG]