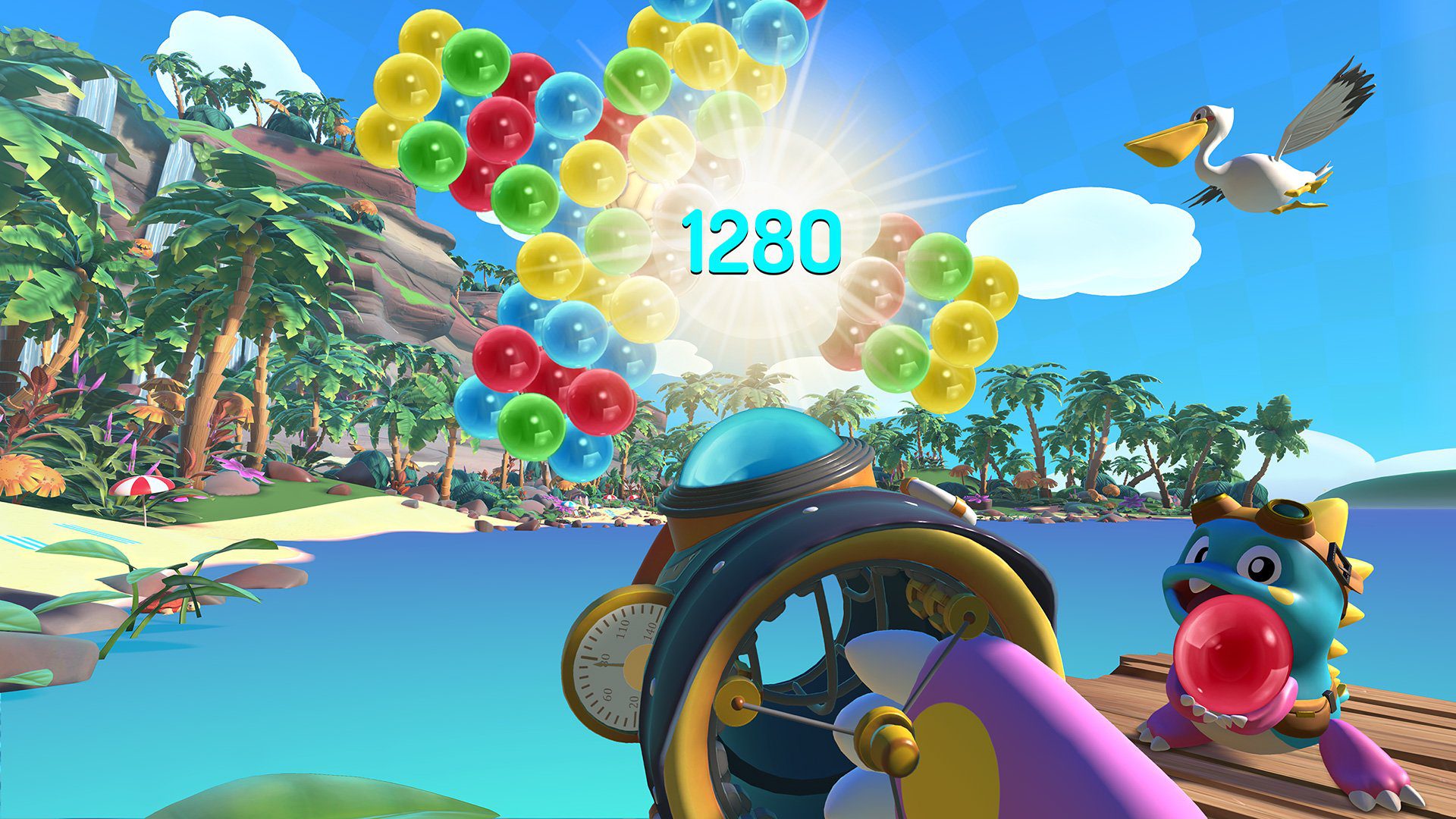 Maybe it’s just a matter of having no real expectations for a VR adaptation of Puzzle Bobble, but I’ve gotta say, Puzzle Bobble VR: Vacation Odyssey looks… surprisingly pleasant! It’s coming to Oculus Quest and Quest 2 on May 20 from Survios, the studio behind Raw Data and Creed: Rise to Glory.

This new first-person bubble-bursting puzzle game seems like it’s making decent use of the VR format with physical interactions — you load your launcher before firing, and can spend coins on power-ups, one of which involves turning an orb-like tool by hand to strategically adjust the bubble array.

According to the team, there are 100 levels in Story Mode, each with three-star ranks to earn. There’s also a score-chasing Infinite Mode with relentless bubbles and Online Duel Mode with 1v1 bouts.

“VR allows us to deliver a new approach to bubble-popping, allowing long-time fans and new players to experience Puzzle Bobble like never before and just in time for Bubble Bobble‘s 35th anniversary,” said Taito president Tetsu Yamada. Decades later, Bub and Bob are still doing their thing. I love that legacy.