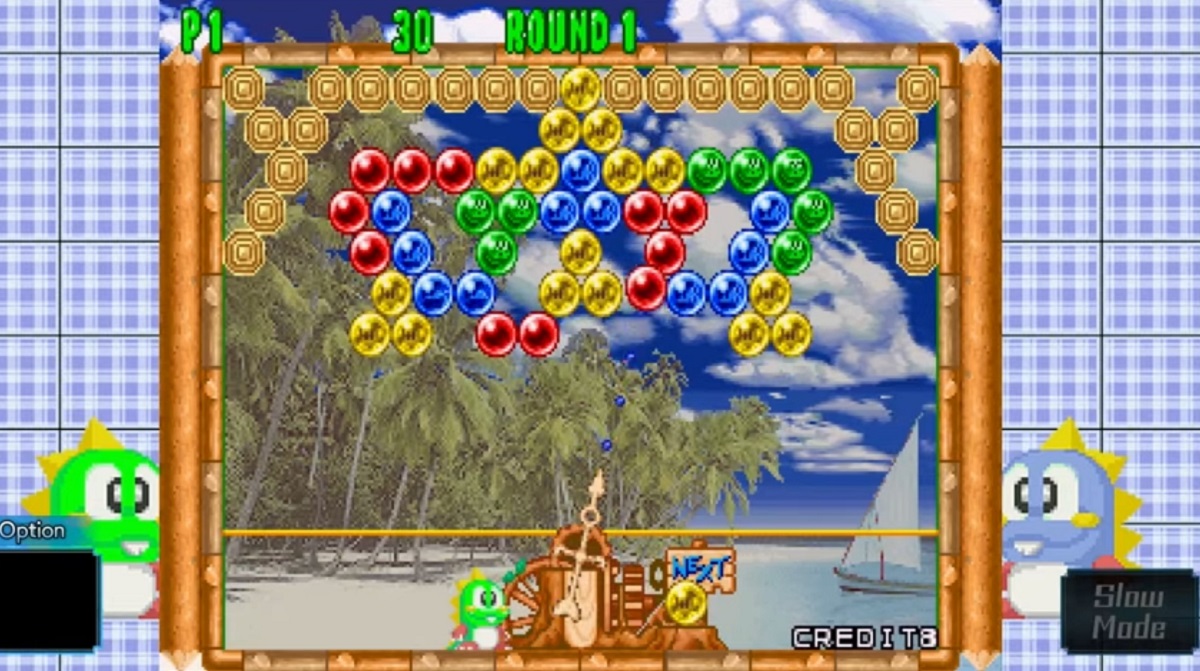 Bub and Bob are back in bubble-bustin’ action

City Connection has announced the next title in its retro-loving S-Tribute range — Coming to PC and console platforms in February, the new release will feature two titles from the colorful puzzle series Puzzle Bobble, also known in western territories as Bust-a-Move.

The S-Tribute title will include 1995’s Puzzle Bobble 2 and its 1996 follow-up, Puzzle Bobble 3. The new release will include the arcade versions of both games and a selection of home console ports for both titles. Both the Japanese Puzzle Bobble and western Bust-a-Move variants will be available. Also included are over 1,000 fan-created stages from Puzzle Bobble 3 and an editor, allowing players to build their own colorful stage layouts.

In addition, The Puzzle Bobble S-Tribute release features a selection of modern options, including save states, a rewind function, slow-motion mode, various dip-switch settings, and arcade-style scanline filters. So if you fancy a trip down memory lane, then the confusingly titled Puzzle Bobble 2X / Bust-a-Move 2 Arcade Edition & Puzzle Bobble 3 / Bust-a-Move 3 S-Tribute (lordy) will be available digitally on February 2 on PS4, PC, Xbox One, and Nintendo Switch.

You can check out a trailer below, courtesy of Nintendo Everything.