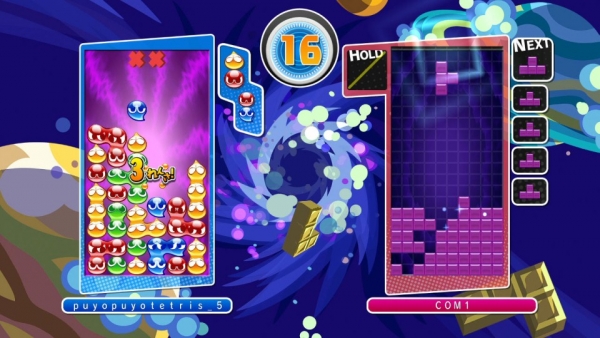 If you’re a Tetris fan you might be interested to hear that Puyopuyo Tetris will be headed to both the PS4 and Xbox One this December in Japan. The game was previously available on the 3DS, Vita, Wii U, and PS3, so this will mark the first time it appears on a Microsoft platform.

PT itself is a combination of both Puyopuyo and Tetris, which looks like something I’d love to get my hands on. For now though there’s no word on a localization, so you might want to bust out your international login later this year.

[Editor’s Note: Chris should have told you that we’ve checked this out before. This game is a delight. Can’t wait!]