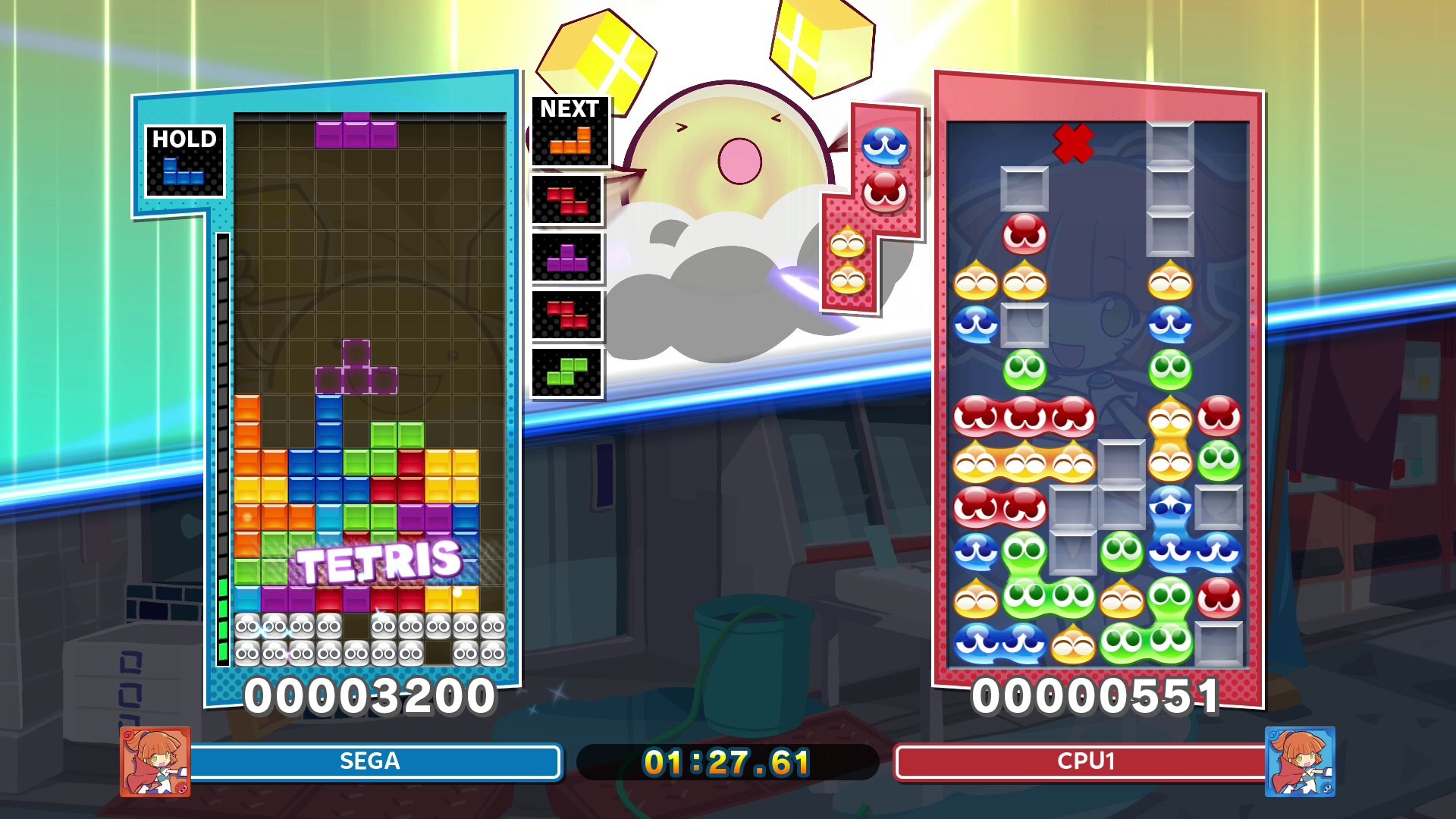 In case you missed it, Puyo Puyo Tetris 2, a sequel to the incredibly fun puzzle mashup game from 2017 (in the US, at least) was quietly announced as part of a packed surprise Nintendo Direct Mini stream a few weeks ago. Due out in December, this thing is hitting basically every platform known to man: PC (this is the only version not coming this year), PS4, PS5, Xbox One, Xbox Series X and Nintendo Switch.

Before then, Sega is content giving us another quick glimpse into the world of the second game, confirming today that Ringo and Tee are returning for another go in adventure mode. The sequel will feature a new map and the Dimensional Parasite antagonist, who merges both the Puyo and Tetris worlds together. Mystery and intrigue are promised on top of the normal puzzle-solving gameplay.

This time around there’s a bigger variety of missions, including skill battles (EXP can level up your stats): with the addition of more RPG elements as a whole like extra optional stages via the world map and more items. Sega re-iterates that the game will support the Smart Delivery initiative on Xbox One -> Series X, with a vague “PS4 to PS5 upgrade path “at no extra cost when the game launches,” if you buy it “from the PlayStation Store or a physical version from a retailer.”

Sony’s lack of an easy solution for cross-buy must be pissing off a lot of studios!