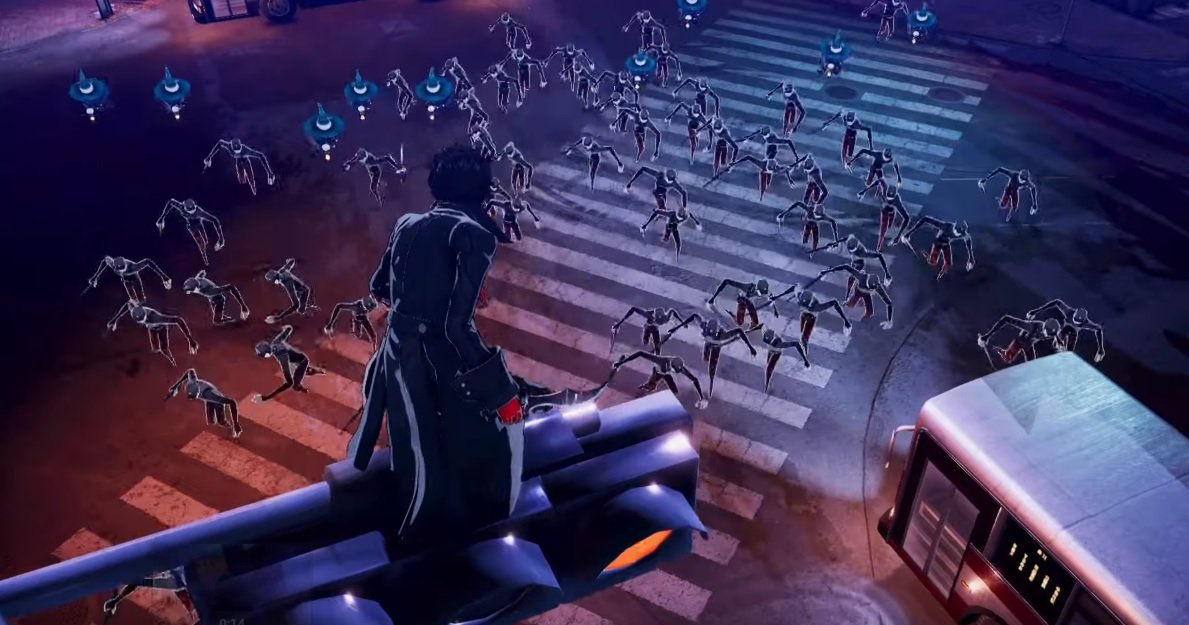 I’ll get right to it: Persona 5 Scramble: The Phantom Strikers is a Persona Warriors (Musou) game for the Switch and PS4. Whoa!

Teased as a “Persona S” reveal, many folks assumed that the announcement would deal with Persona 5 for Switch. Well, technically it is a Persona game for Switch. P5 protagonist Joker is shown off in the trailer, and it seems as if it will be a collaboration between Atlus and Koei Tecmo, with famed Warriors developer Omega Force taking the helm.

The Japanese clip below provides some brief Joker gameplay alongside of the PS4/Switch platform reveal. That’s basically all we know at the moment, but given how hot the crossover Warriors games are, you can bet your life savings on a western release at some point.

Previous Warriors crossover themes include Gundam, Fist of the North Star, Hyrule Warriors, Berserk, Arslan, One Piece, Warriors All-Stars (kind of a Koei Tecmo reunion), Fire Emblem, and the weird “not developed by Omega Force and not really Warriors but kind of is” Legends of Troy.