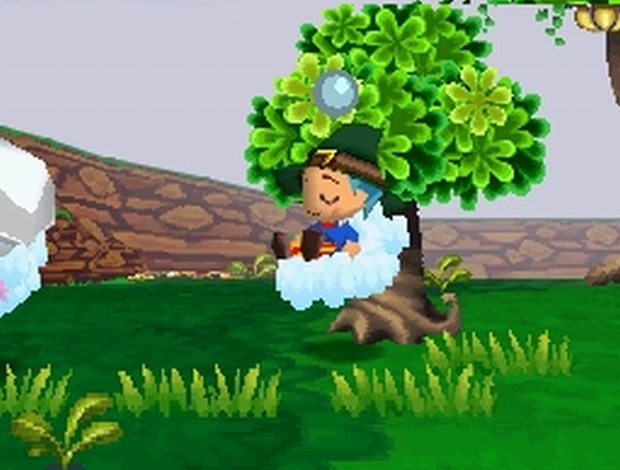 Take one part Harry Potter and one part MySims and you get Magician’s Quest Mysterious Times for the DS. Players will create custom avatars and learn new magic spells to become the best magician of all time.

There will be over 1,600 customizable features ranging from clothes, character, spells, accessories and more.  The game uses real time based on your DS clock so time will move in the game just as it does in real life. Up to four players can work together over Wi-Fi and you can create custom music for the game too.

I steal yo soul and cast Lightning Lvl. 1,000,000. Your body explodes into a fine bloody mist, because you are only a Lvl. 2 Druid. Robots are trying to drill my brain but my lightning shield inflicts DOA attack, leaving the robots as flaming piles of metal. King Arthur congratulates me for destroying Dr. Robotnik’s evil army of Robot Socialist Republics. The cold war ends. Reagan steals my accomplishments and makes like it was cause of him.

Become the greatest magician of all time by solving mysteries and travelling through an epic adventure in the most immersive simulation game on Nintendo DS.

As players attend Magic Academy, they’ll be immersed in a living, breathing world where time flows as it does in the real world, and each week, player’s wizardry skills are put to the test in a new magical adventure. Custom avatars can be made with 1,600 varieties of clothing, furniture and characters to choose from. Additionally, players can learn new magic spells and abilities by forming different bonds with the 150 unique characters populating the world. Different stories and adventures will be revealed depending on what bonds are formed with the game’s characters and how the player chooses to solve each of the 52 adventures. Use more than 100 magic spells to become the greatest magician of all time!