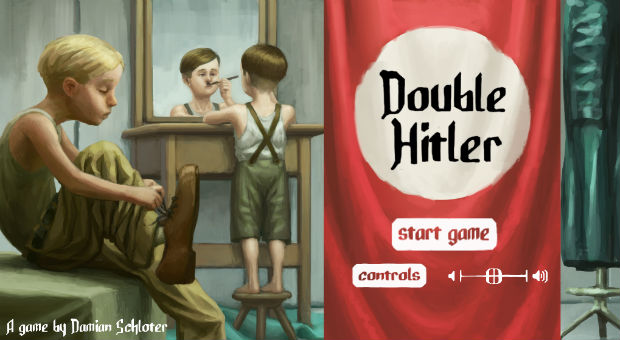 Get it? Because you’re two kids pretending to be the Fuhrer?

I know what you’re thinking. Hitler? Shoulders? Shh. I promise I’m going somewhere positive with this. Let me let you in on a little secret. This game is hilarious, and it could very well be the next QWOP.

Double Hitler is a Newgrounds creation by Damian Schloter in which you (struggle to) control two children standing on top of each other who are pretending to be Hitler. You read that correctly. You control both kids independently of one another as you find yourself conducting day to day business as old Adolf himself, with your cohorts staying none the wiser even as you sway and look totally conspicuous. It’s so goofy.

Oh, did I mention this game is super hard? It totally is, but so satisfying. Give it a look here and let us know how far you make it.