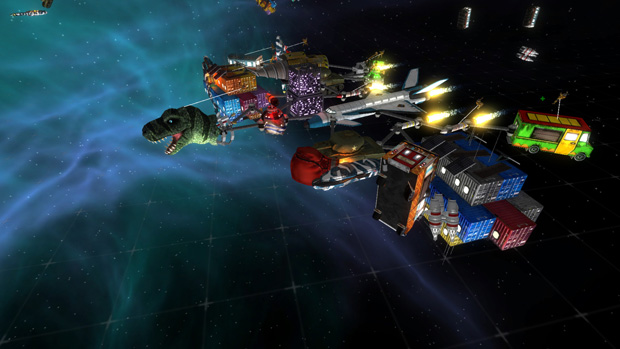 “Habitat is the only strategic space survival game that uses orbital debris to build the future homes of humanity and where hope for survival relies on the creativity and resourcefulness of the player.” This is one of those things I didn’t know I wanted until it was shown to me.

Habitat: A Thousand Generations in Orbit has already worked its way through a successful Kickstarter campaign. It’s even playable now on Steam Early Access — you might have seen it as that game in which you can pilot a Statue-of-Liberty-head ship. (Awesome, right?)

Developer 4gency is planning on a full release next year for Windows, Mac, Linux, Xbox One and, now in collaboration with publisher Versus Evil, PlayStation 4. Not the type of game you’d necessarily expect to get console ports, but having that choice is nice. Game looks neat!

The physics-driven simulation is what got me interested. Here’s the summary .gif: