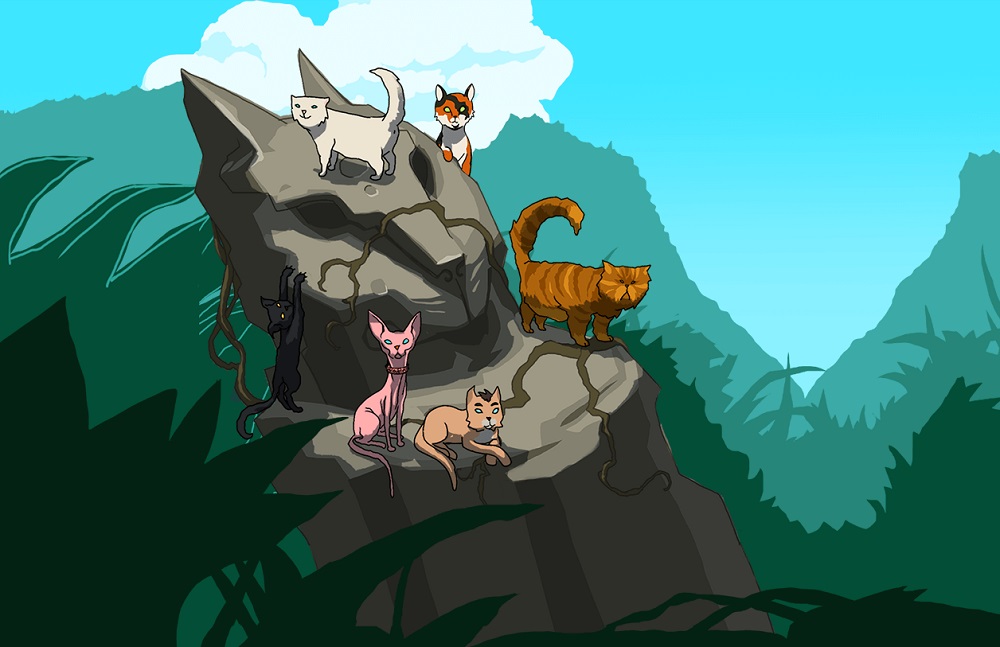 Rub yourself against that special someone

Bossa Studios, the indie publishers behind kooky games such as I am Bread and Surgeon Simulator, have announced that the feline-friendly dating adventure, Purrfect Date, lands feet-first on iOS devices tomorrow. This is, fittingly enough, Valentine’s Day.

Purrfect Date sees you take on multiple roles within a team of scientific researchers. The team visit the remote Cat Island in order to investigate its strange population and uncover the mystery behind the leafy-green, idyllic tropical paradise. Oh, also, you’ll date cats.

Players can meet and interact with the game’s cast of talkative moggies, from the highly-strung Snooty Booty to 60’s flower-child Trixie. The quest for truth, love and a quality scratching post will lead to one of 18 different endings. The game released late in 2017 on Steam, where it raised both eyebrows and smiles with its wry sense of humour, outlandish concepts and cheerful soundtrack.

So, if you fancy spending Valentine’s Day with a feline friend, maybe give it a shot. I can’t promise you that you’ll end up with the Deputy Mayor from SWAT Kats, or that legwarmer-wearing gal from Heathcliff, but you could still meet a great guy/gal to share a radiator with.