The PlayStation Direct online store is selling Galactic Purple DualSense controllers today, ahead of a wide release on February 11

Sony recently announced a new wave of colors for PS5’s DualSense controllers, and if you’re looking for something with extra flair, the time has come. While the Nova Pink and Starlight Blue controllers are available at retailers like Amazon, today’s the day for my fellow Galactic Purple admirers — that colorway is in stock “early” if you buy directly from PlayStation. Otherwise, it’s a few more weeks before the wide release on Feb. 11.

Anytime we can recapture a bit of the “nothing is off the table!” energy from the Nintendo 64 days, I’m here for it. That said, $75 sure feels steep for a gamepad, even a nice one. 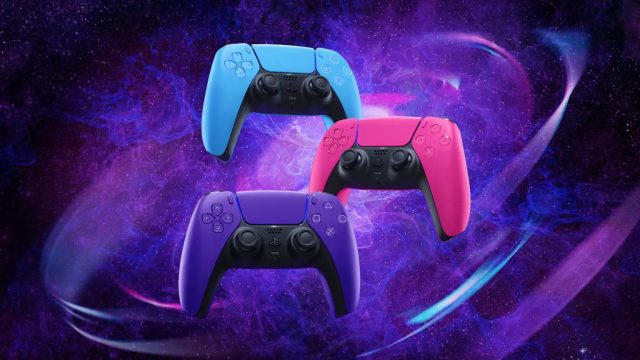 As someone who already has two white controllers and cannot possibly justify getting another DualSense just because I prefer a more vibrant look, I am jealous of anyone who’s in the market for a purple, blue, or pink DualSense controller — they really pop!

Informally, I feel like purple is the crowd favorite, but I’d be curious to see a breakdown once the dust settles. Maybe Midnight Black is all you ever wanted. It’ll age well!

While I can see a lot of PS5 owners eventually picking up a spare controller (whether that’s willingly or begrudgingly) to facilitate co-op play, I wonder how many people will feel the urge to get an alternate console cover — red and black will be in stock on January 21, by the way. I’m not inherently against the idea for ~aesthetics~ reasons, but I also don’t want to swap out the parts and then have to deal with finding a safe home for the original white cover. Things got real funky with loose Xbox 360 faceplates, you know?

To everyone groaning at this article amid struggles to even find a PS5, period: I feel you.