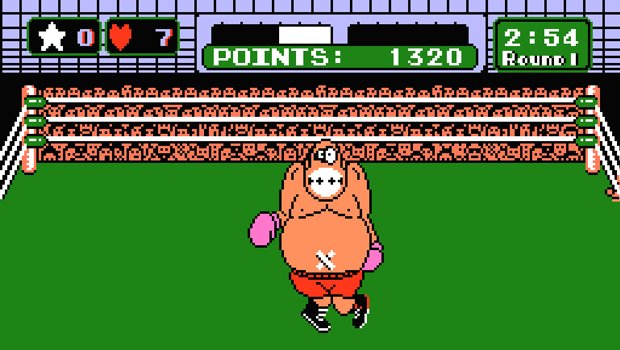 I love Punch-out!! It doesn’t matter if it’s on the NES, SNES or Wii, the Punch-out!! series is by far the best boxing franchise ever created. When the iconic game made its triumphant return to the squared video game circle in 2009 I was overcome with joy.

Watching TV tonight, with some friends, we landed on Comedy Central and decided to watch the latest Tosh.0. Imagine my surprise when halfway through the episode, during their web rematch segment, a parody of my favorite NES game — more specifically a fight with the classy King Hippo — came forth. I was blown away. And whether you are a fan of Tosh.0 (it’s better than Web Soup) or not, it’s worth the minute watch. If you want to the see the segment in its entirety follow the link below.