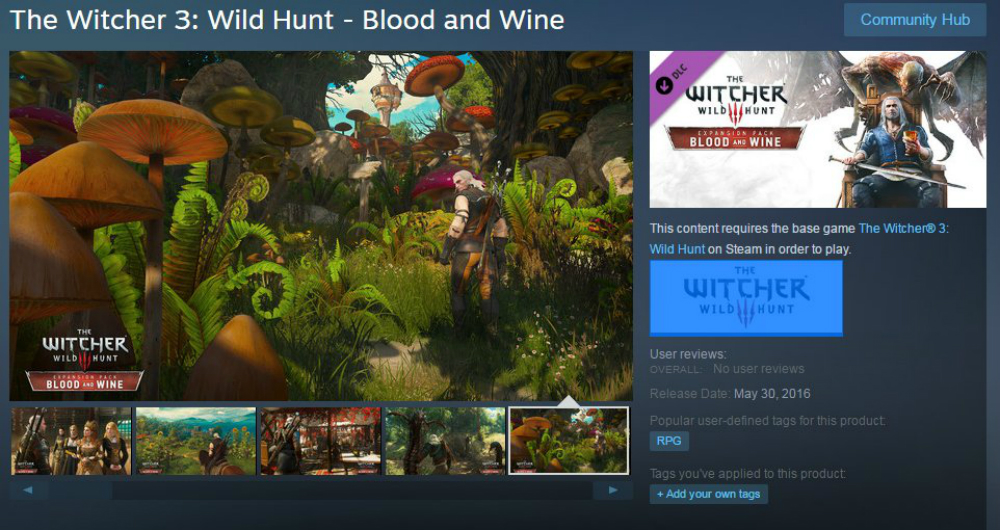 Looks like someone jumped the gun on an announcement somewhere.

The Witcher 3 still has one more add-on for us, and today, we likely know when it’s coming out. A Steam listing that was only up for a short while notes a May 30 date, which in all likelihood is not a mistake. CD Projekt Red was swift in removing it, but the eagle-eyed Wario64 managed to screen cap the gaffe before they were able to take it down.

This is a pretty decent release window they’re going for here — hit the relatively low period of the latter half of May hard, before all of the E3 hype and surprise releases begin.