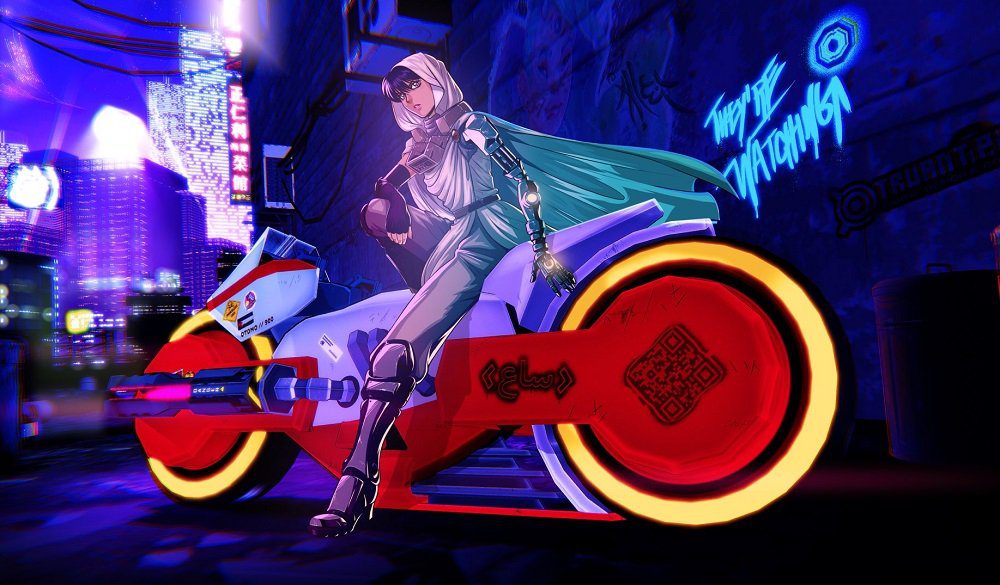 Remember that scene in Akira where Tetsuo steals Kaneda’s bike and gets the ever-loving shit kicked out of him by a street gang? If you’ve ever watched that scene and thought “Man, that could be me!” then you might want to look into RUNNER, a brand new VR biker title headed to PS5 and PC.

Developed by indie outfit Truant Pixel, RUNNER soaks up the style of classic cyberpunk anime, capturing the atmosphere of movies such as Akira, Ghost in the Shell, and Patlabor – an aesthetic beautifully dubbed “Cassette Futurism” by the developer. Players will don the biker leathers of black market mod courier Mina, as she snakes her way through the sectors of “The Thoroughfare,” relentlessly pursued by agents of the Caldara corporation.

Mina guns (literally) through traffic at breakneck speeds, weaving in and out of vehicles while engaging in full 360-degree firefights with her dogged attackers. Power-ups and weapons lie dotted throughout the environment, with some heavy-duty firepower required in order to take down some of Caldara’s more devastating drones, tanks, and other heavily armored symbols of future-capitalism. Between each mission, Mina can take time out to spend her ill-gotten gains on a range of custom bikes, ensuring that her distinct style shines through as she leaves the world splattered on the asphalt behind her.

Even from this early trailer, RUNNER looks like an absolute blast, (if a little dizzying). VR has never really been my thing – I got burned by “Virtuality” in the mid-’90s – but if any title is likely to get me donning the helmet and entering cyberspace once again, this might just be it.

RUNNER is currently in development for PS5 and PC.