Being an otaku has its drawbacks, chief among them apparently is that they’re the favorite food of the “Synthisters,” blood-sucking beings who walk in the daytime.

Now, you, a newly-bitten Synthister, must fight back against those who stole your humanity by, uh, taking off their clothes. They must be close to naked to be destroyed by the sun’s rays.

That’s the basic premise for Akiba’s Trip: Undead & Undressed for PlayStation 3 and PS Vita. And, yeah, it sounds pretty silly, but what I saw of the game at E3 piqued my interest.

After hearing the plot, I was bracing myself for fan-service fluff but was pleasantly surprised to find that this was more comical that perverted.

For starters, the game doesn’t discriminate on which gender you fight and strip. Yes, you will have the chance to fight and thus take off the clothes of female Synthisters but male ones are also present and will have to be dealt with in the same fashion.

Of course, it is not as easy as it sounds. You must deal enough damage to the Synthister for the stripping to be successful. Not to mention that the enemy can attempt to strip you as well (you are a Synthister too, remember?) using the same method.

One of the unsung heroes of the game is the backdrop. Set in Japan’s Akihabara district, known for its countless arcades, cafés, and other otaku hangouts, Akiba’s Trip digitally recreates over 130 arcades as well as additional landmarks. 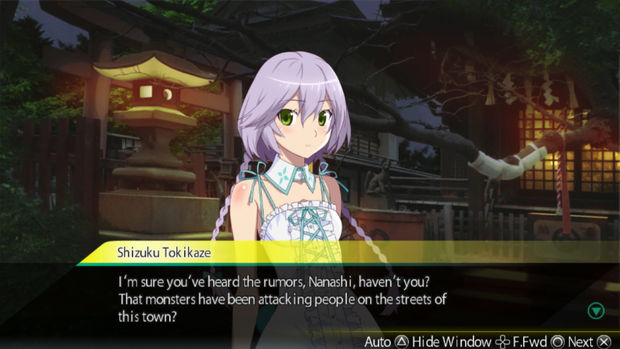 As much as I love riding polygonal chicken-horses across mystical meadows, it was a cool change of pace to know that my character was getting beaten up in a place that actually exists.

The game features multiple endings and as you would expect, which one you get is determined by the decisions you make in-game. The dialogue between you and the partner you unlock plays off traditional dating sim style, in which you are able to respond with different choices.

Akiba’s Trip definitely knows who its audience is. The hints of anime, manga, and gaming culture are everywhere. Just walking through Akihabara in search of enemies, I came across an NPC entitled “Yaoi-loving Girl.” I laughed at that one.

And for goodness’ sake, if not for Hatsune Miku, why would you even consider using a giant leek as weapon? It is that light tone which made the game stand out for me.

You will be able to see all of this and more for yourself when Akiba’s Trip: Undead & Undressed releases this summer.