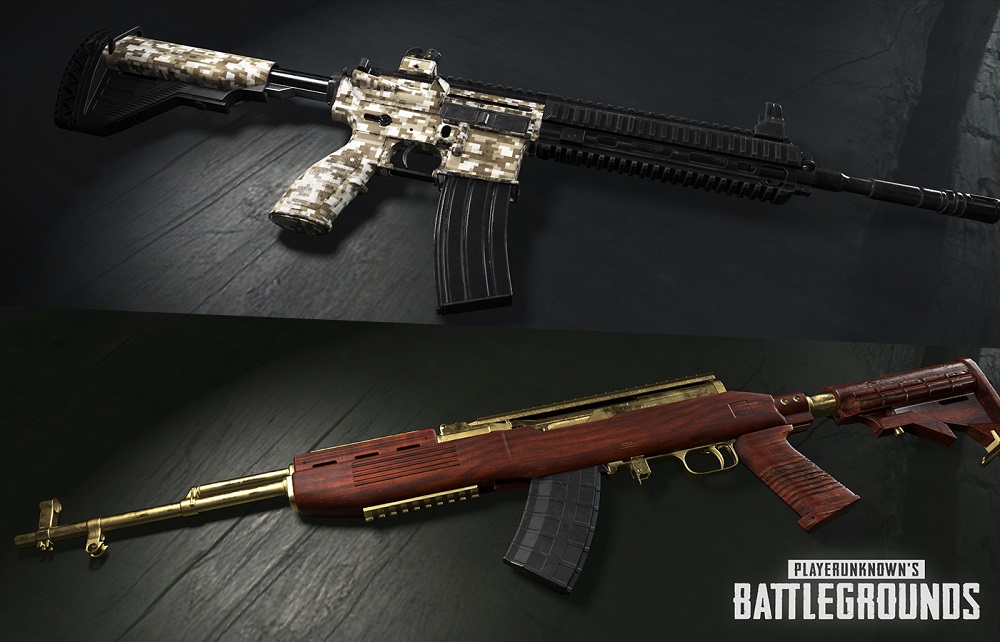 Now grab your turquoise Tommy-gun and get out there

A new update has parachuted into survival-shooter PlayerUnknown’s Batttlegrounds, bringing with it a huge array of new weapon skins, perfect for garishly dressing-up your arsenal and sticking out like a sore thumb.

Some skins can be found for free in Raider Crates, while others be obtained through the paid weekly Triumph Crates. The new skins have a varying drop-rate between the two types of boxes. Once you’ve bagged yourself a skin or two, you can apply it via the Weapons menu in the Customisation screen.

Developer PUBG Corp. has also acknowledged recent calls to region-lock servers, which many players believe will isolate areas notorious for cheaters and hackers. Although PUBG Corp. has confirmed that it is considering this option, it’s taking the official line that it will improve ping times and linguistic barriers rather than making any reference to cheating players.

The complete statement, along with patch notes, can be read here. The new skins, and their drop-rates, are as follows: