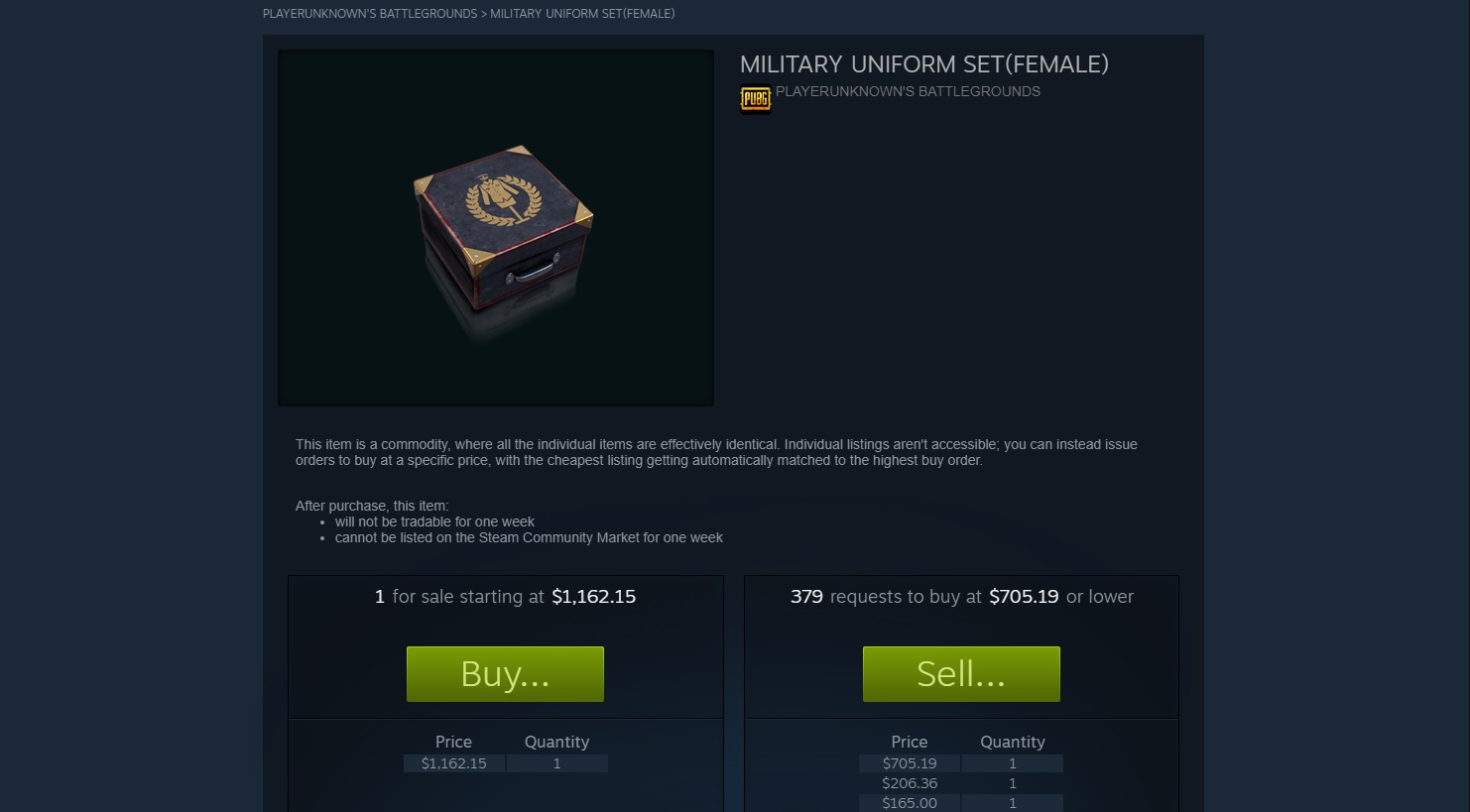 Along with good old-fashioned microtransactions, PUBG has allowed players to trade items between each other. This was a way for friends to hand over some of the more ludicrously expensive items to their buddies without asking them to shell out a couple of Benjamins. The feature has now been suspended since it turns out that was leading to some “shady” behavior.

In a post over on the Steam community, PUBG Corp has noted that a number of individuals were taking to third party trading sites to sell items that circumvented the Steam marketplace. By adding a friend and then using the personal trade option, they were cutting out the profit that Valve and PUBG Corp would get from selling directly on Steam. While I’m not sure if this is in violation of the EULA for PUBG, it is something the developer doesn’t want happening anymore. The feature will be coming back once PUBG Corp figures out a better solution.

I honestly didn’t know this feature even existed, but I don’t really see the harm in people cutting out the middle man. This is the same kind of stuff that happens with any market, digital or not. If people want a product and don’t want to go through official channels, it is their right to decide to do so. You can buy a used car, for instance, directly from a seller instead of needing to go to a dealership. Maybe I would care more if PUBG wasn’t still riddled with cheaters and bugs, but I guess we just can’t change some facts.