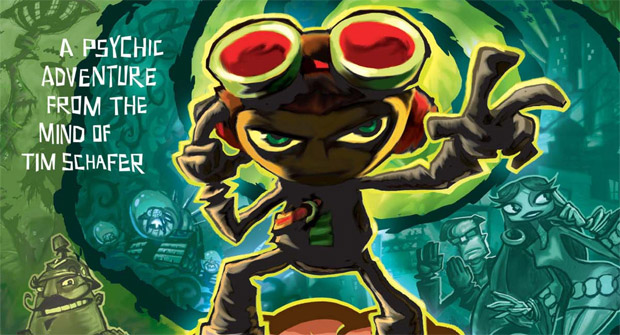 What’s this? Double Fine getting its hands on Psychoanuts again? Better alert the Internet. The beloved game has been updated on Steam, and is now a Steam Play title (buy one version, get both) to coincide with the new Mac release, which is also available on the Mac App Store.

The update adds cloud saving (hooray!), achievements, and scales back the difficulty of the Meat Circus. As for the iOS app, it’s a free download which offers the Memory Vaults from Psychonauts and audio commentary from Tim Schafer and Scott Campbell.

I think the real story here is the funny press release:

As of today, Steam users may download a free update to their Psychonauts game which includes–for the first time–achievements, cloud saves, and a slightly modified Meat Circus.

Mr. Schafer was probably joking about that last part, as Meat Circus, one of the original game’s most difficult sections, has been made slightly less punishing in this update.

“Mostly because I’m getting older and it’s hard for me to press buttons that quickly. Hey, don’t forget to mention the achievements!” Schafer added, unnecessarily, because we already mentioned that feature.

“What about the part I paid for?” asked Steven Dengler, CEO of Dracogen Strategic Investments, which is a private investment firm interested in making cool things happen, and not a clan of evil dragons, plotting to take over the world like it sounds. Double Fine has partnered with Dracogen to bring Psychonauts to the Mac OS X. The Mac version is available now on Steam and the Mac App Store, as well as several different online digital retailers.

“I have been a fan of Psychonauts and Double Fine for a long time,” continued Dengler, “and I’m extremely happy to be helping them bring their games to new platforms like the Macintosh. All hail the supremacy of Dragons!”

To show how excited they are about their first ever Apple product, Double Fine has also produced a free Psychonauts companion app for iPhone/iPad. The Psychonauts Vault Viewer lets players view all of their favorite Memory Vaults from Psychonauts (even the ones they never found) on their handheld iOS device. Every vault from the game is included, plus newly-recorded audio commentary from Tim Schafer and Scott Campbell for every slide of every vault. The app is available now in the iOS App Store.

“Excellent,” Said the dragons. “Everything is moving forward as planned.”