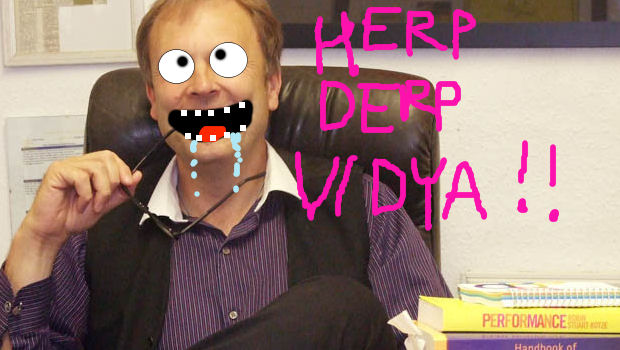 Readers with a memory for bullshit might recall Steve Pope, a former drug addict and psychologist who said that two hours of gaming was comparable to doing a line of cocaine. Now he’s back, claiming once again that your “Game Station” is like coke and that it will destroy your children.

“Spending two hours on a game station is equivalent to taking a line of cocaine in the high it produces in the brain,” said in a Pope BBC Radio 5Live interview. “It’s the silent killer of our generation.”

He said that … he called gaming the silent killer. I just … I have no words.

“We’re now onto second generation game station players who have always grown up with it,” he added. “Computer game addiction can also spiral into violence — as after playing violent games, they may turn their fantasy games into reality. It is the fastest growing addiction in the country and this is affecting young people mentally and physically”

I think the truly dismaying thing is how the anti-game “experts” are always allowed to say what they say without ever being required to bring evidence. Pope himself has said in the past that he has no statistics for his claims, and yet he’s considered an authority on the social dangers of gaming. He doesn’t even know what the game consoles are called.

Yet no radio station will let me talk about my solid research that shows Jeff Dunham causes ball cancer. Where’s the justice?