Releasing this September in the West

NIS America has locked down a September 13, 2016 release for Psycho-Pass: Mandatory Happiness on PlayStation 4 and PS Vita, so you better turn that frown upside down like your life depends on it.

The visual novel game is arriving in Europe a tad later on Friday, September 16, and a PC version via Steam is on the docket, although the exact timing for that port isn’t known yet.

There’s a collector’s edition, of course, and it’s already up for pre-order (as is the standard edition). It comes with a 72-page softcover art book, the soundtrack on CD, three pencil boards to “practice drawing your own dystopian world,” a microfiber cloth (sure, I guess?), and a particularly lovely box. 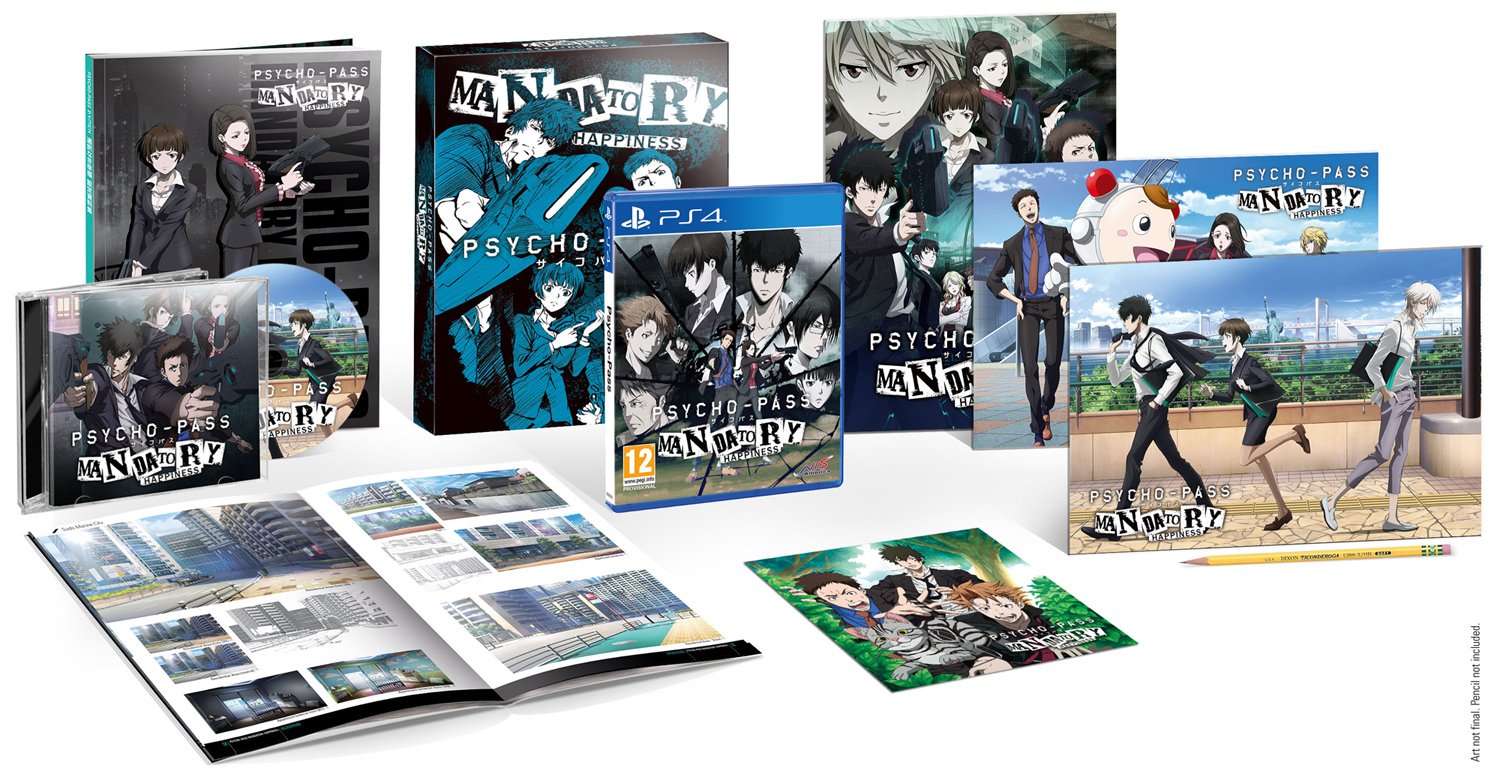 I am not typically into visual novels, but there is probably one out there that could grab my attention, and this news does make me want to watch the anime. A future in which a special police force pursues people deemed likely to commit crimes by a brain scan? Heck yes. (Also, that sounds increasingly real.)