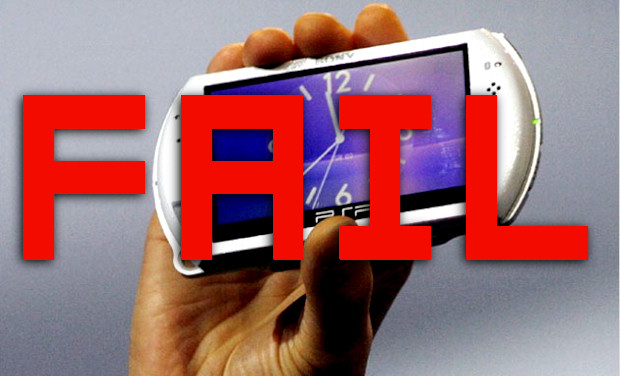 You know what Sony’s PSPgo hasn’t had lately? Some bad press! Things have been far too positive surrounding the latest PlayStation Portable, so let’s darken the general tone of the news, shall we? If you couldn’t have guessed, that was a sarcastic lead-in to yet another retailer dumping all over the newest addition to the PlayStation family. This one believes the PSPgo is destined to fail, and fail horribly.

“My own personal opinion is that it’s a no-go. I’ve been to a number of presentations to see if there’s anything there and I don’t feel it’ll go anywhere to be honest,” explains Don McCabe, MD of major UK retailer Chips. “I’m 99.9% sure it’s going to fail miserably, in which case it’s going to put back other potential people coming into that digital space.

“I heard from someone at Sony saying ‘this steps our authority on the digital space and signals our intent,’ and actually what I think is that they’ll scare the crap out of anyone else who tries to follow.”

McCabe adds that Apple has been a success because Apple did it right, that many of the Apps are free and that paid Apps are paid for with “pennies.” He also noted that, while digital distribution is inevitable, there is only room for a small amount of companies to profit, and it seems like he’s written Sony off already.

What do you think? If the PSPgo fails, will it scare other companies from trying? Is Sony making a mistake in trying to force the digital distribution era before it’s ready? I definitely think the time for an all-digital format is not quite yet, though I applaud Sony’s initiative. What I don’t applaud is the price, and the multitude of screw-ups that surround this new system. Trying to bring about a new age in this industry requires that you be competent and efficient. Sony has not been these things with the PSPgo.