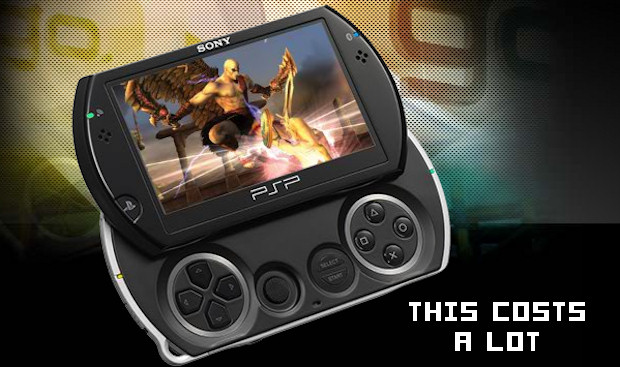 While the price of the PSPgo was announced for North America and Europe at E3, those gamers trapped in the British Isles had been left wondering with silent trepidation what the damage will be. Now the cost has been made known, and it is indeed high. Any Brits wanting to get their hands on the PSPgo will be expected to pay a princely sum of £224.99, because we’re not in a recession and people can totally pay that much.

It’s interesting to note that in NA and Europe PSPgo costs the same as the original PSP did at launch. However, the UK will be paying over the original 2005 launch price, unsurprisingly making it the most expensive version of the PSPgo on the market. Apparently that’s what happens in Britain now.

With Activision hiking the UK price of Modern Warfare 2, and Microsoft doing the same with the Xbox 360 Arcade, a very worrying trend has emerged. Brits have always had to pay over and above what they should thanks to criminally high taxes, but now the games industry appears to be taking advantage, hiding behind the weak excuse of exchange rates to justify their parasitic prices.

One only wonders where the great price rape of Great Britain will end.