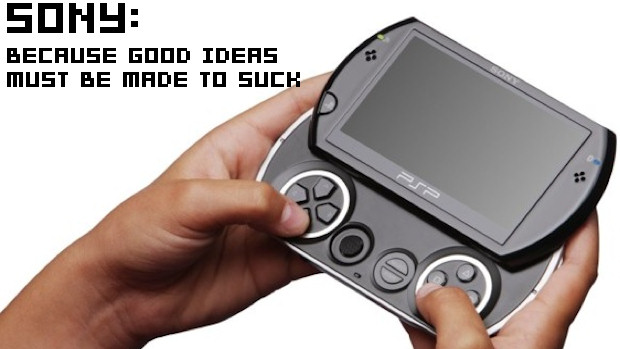 Wow. Looking at how much the PSPgo costs in some areas, it’s no wonder that the system continues to be a retail pariah. As stores across Europe boycott the all-digital handheld system, it’s been revealed that the PSPgo costs the same as a PS3 in Denmark, causing a considerable amount of retailers to shun the machine.

Nedgame was the first Danish outlet to refuse the PSPgo, and now Fona, Danish Supermarket and Coolshop.dk have all opted to ignore the latest PlayStation Portable. Considering the size of some of these stores, it’s safe to say that the PSPgo is not being welcomed with open arms in Denmark.

“We initially chose not to take PSPgo into the mix,” says Fona commercial director, Mikael Drott. “We believe it is priced wrong compared to the PSP we sell now. It must come down in price before it will be interesting for us. Right now it costs just the same as a PlayStation 3.”

Yeah … I can hardly blame any retailer who is expected to sell a UMD-less handheld that costs the same as a home console. Sony expecting that of any competent retailer is absolutely stupid. It’s amazing how Sony seems committed to taking all its good ideas and then pissing all over them … and it wonders why it’s in third place.