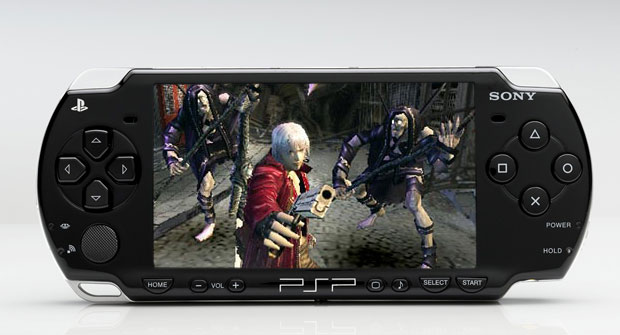 According to the latest issue of the Japanese gaming magazine Famitsu, Capcom has shelved its plans to release Devil May Cry for the PlayStation Portable.

Wait, what? Was that even ever announced? Well, yeah… back in 2005. At the time, the PSP had recently launched, and Capcom had been talking plans to bring multiple franchises to Sony’s handheld, among them Devil May Cry. It’s 2009, and obviously, that’s never happened. In fact, Capcom hasn’t really said anything about it since 2005, save for a passing mention (which no longer appears) on Capcom’s Japanese Web site.

If Famitsu is to be believed, the game was in production at some point, and has now been canceled permanently. We’ve reached out to Capcom to ask them “WTF?”, and they pretty much nodded at us, confirming that the game was mentioned briefly in 2005, and then never again.

We think it’s pretty safe to assume that we won’t be playing as Dante, Nero, Vergil, or some other cool dude in a leather jacket on the PSP any time soon.