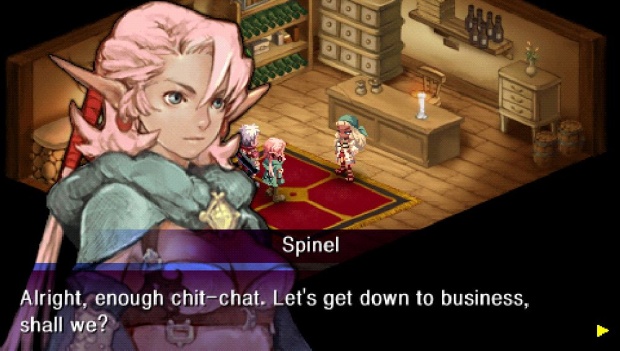 Crimson Gem Saga is one of those games that we know looks good, and these hot new screenshots are further proof.

This game follows Killian von Rohcoff, a guy who gets his ass kicked and his wallet stolen, and then somehow ends up in a crazy story that involves something called the Wicked Stone. Doesn’t that sound like an older RPG opening? What a contrast from the super-involved RPG stories we’ve been seeing lately, though.

We know CGS is a JRPG with turn-based battles, very pretty art and design, and is coming to the PSP in May. Other blurbs hint at things like “ambush attacks, combo chains, and special attacks,” but they still don’t give us much to go on. It’s part of the Astonishia story line, but don’t let that hold you back. What do we know? We do know that there will be talking: Atlus recorded over 1,000 lines of dialogue for this game, a North American exclusive.

For now, set your eyes on some lovely 2D in our gallery below.

PSP owners, does this RPG look like your kind of thing? If it plays as good as it looks…