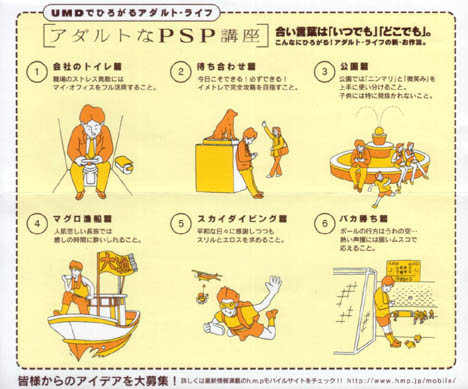 The last couple of times I visited Japan, it seemed like everyone had a PSP in their face. People play them on the street, listen to them on subway trains, watch them on busses… On the last trip, I wasn’t even on the ground for an hour before I saw public PSP gaming. In that instance, it was a gorgeous girl playing Crisis Core. Call me.

I guess that we should be surprised that the island country has just hit the 10 million sold mark for Sony’s portable. All of these units were moved between December 12, 2004 and August 24, 2008, says GamesIndustry.biz.