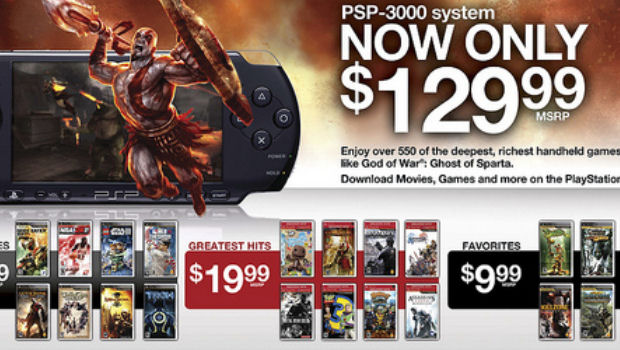 Sony has announced that the PSP-3000 is getting a price drop. Sony’s little brick of delights will now cost a cool $129.99, just ahead of the 3DS’ launch and giving Sony plenty of time to clear stock before the NGP’s launch.

A range of new games have been added to the Greatest Hits collection as well, dropping their price to $19.99:

In addition, the Favorites collection has been bolstered with some new titles as well. These games will cost $9.99:

The price drop and new title changes come into effect on February 27.